The Guardian: With More Than 100,000 Cruise Line Staffers Stuck at Sea Due to COVID-19, Gov’ts Face Pressure To Bring Them Home 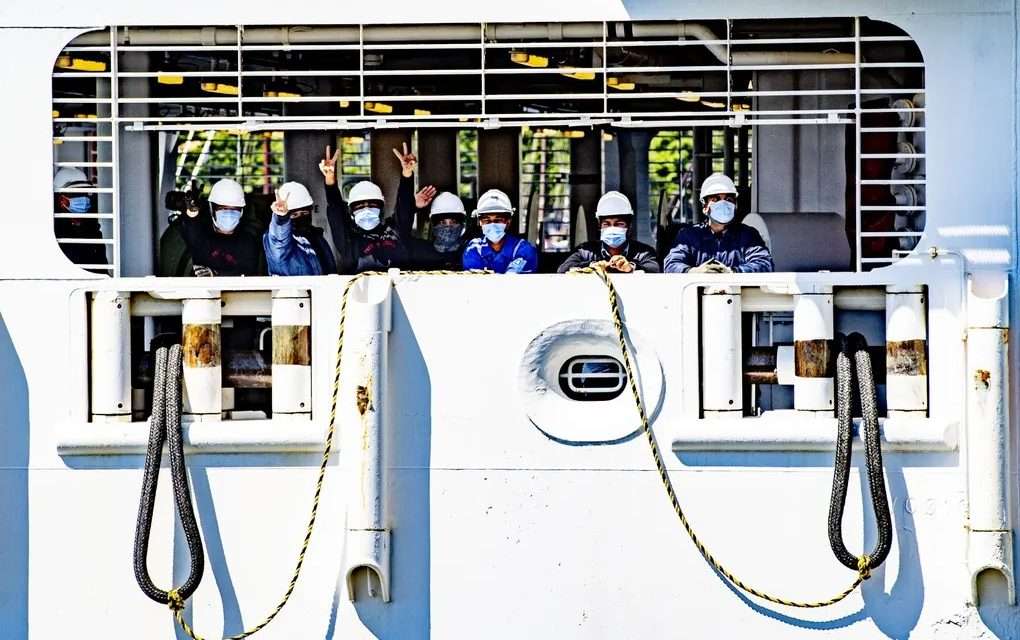 Stranded with no safe haven in sight has been the outcry of many cruise ship workers around the world who are stuck on the floating hotels due to the COVID-19 pandemic.

As a matter of fact, one of the world’s leading newspapers, The Guardian, has revealed in an investigative piece that more than 100,000 crew members never made it off cruise ships amid the coronavirus crisis.

The inaccessibility of crew members to get back to friends and families is a worldwide problem with government’s under pressure to open the borders.

But the risk of doing so without the proper facilities and logistics is a massive factor that has extended the delays and resulted in ongoing negotiations even here at home.

At home striking this balance has come into sharp focus today as more than 1,000 crew members on the adventures of the seas await word from the government on when they’ll be allowed on home soil.

The investigative piece written by The Guardian’s Erin McCormick and Patrick Greenfield was published at the end of April.

McCormick and Greenfield found that around the world, more than 1- hundred thousand crew workers are still trapped on cruise ships

At least 50 of these vessels have Covid-19 infections or confirmed exposures onboard.

But no one on board can come home as they’re shut out of ports and banned from air travel.

They have in effect become a nation of floating castaways, marooned on boats.

Cruises around the world were suspended on March 14, yet many ports refused to let the ships dock long before that, meaning some crews have been stuck at sea for months.

The Guardian says a spokesperson for MSC cruises said they’re getting calls left and right–Crews are onboard, they’re not happy and they’re frightened.

Their movement on board the vessels have been restricted and many of the crew have only minimal communication with the outside world.

With little certainty about when they’ll be able to reunite with their families, the crew members says they’re just in the cabin like prisoners.
Thousands of crew members are also sick or have been exposed to coronavirus.

Outbreaks are raging in US waters, from the Miami coastline, where at least nine workers have been evacuated from the Royal Caribbean Oasis of the Seas, to the docks of San Diego, where workers onboard the Disney Wonder have contracted coronavirus.

Some ships have medical supplies but few are equipped to handle full-blown outbreaks.

In serious medical emergencies, passengers and crew on cruise ships are normally evacuated to a hospital on land for further care.
Since the pandemic began, however, many countries are refusing to take them.

The Guardian also says a number of them who got sick died after they were taken from the vessels.

Those who died in April include two housekeeping staff, a bartender and a security guard who were evacuated from ships in Florida.

An Italian ship’s doctor died in Brazil after being taken by ambulance from the Costa Fascinosa cruise ship, and an engine worker on the Antarctic cruise ship Greg Mortimer died in Uruguay after 128 of the 217 people onboard tested positive for coronavirus.

Yet the Guardian reports that many nations, including the US, have been unwilling to provide even basic emergency services for these stranded crew members.

Cruise industry officials say they have been scrambling to repatriate crews that are not needed onboard during the shutdown, but port closures, travel bans and flight restrictions have made it extremely difficult.

The Cruise Line Industry Association says they’re asking ports and governments around the world to allow these ships to come into port so that those onboard can make their way home safely and as quickly as possible.