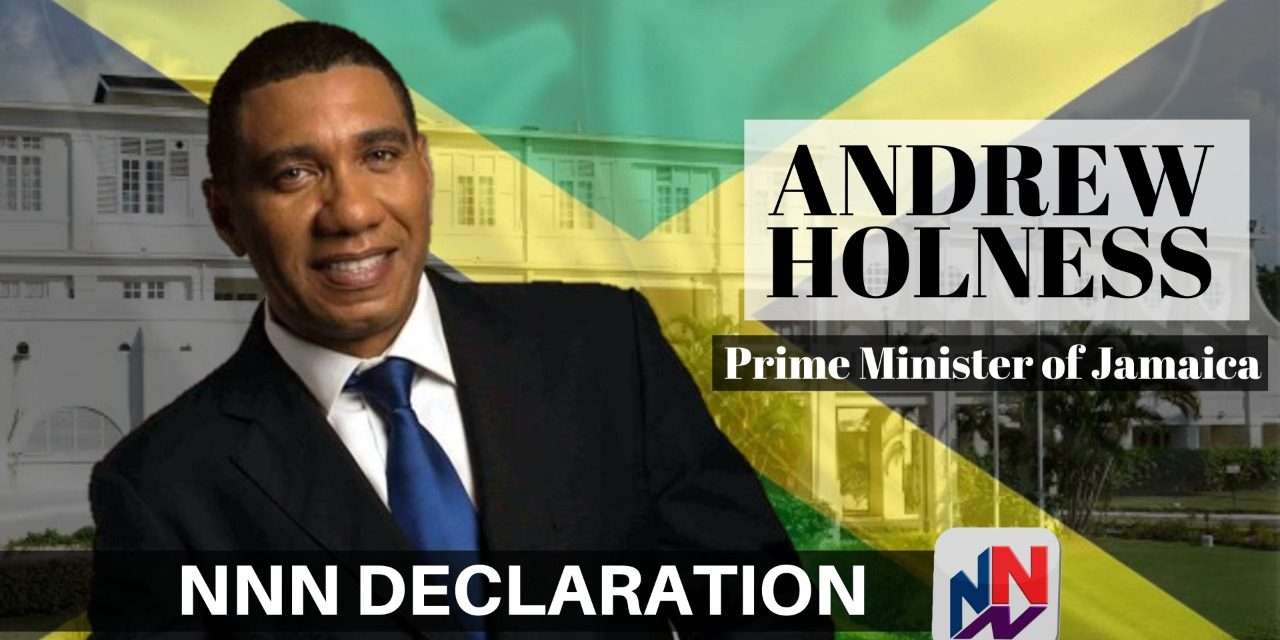 All the national polls and almost all the political pundits projected that Prime Minister Andrew Holness  would lead the Jamaica Labour Party, JLP, to victory in the country’s 18th General Elections since Universal Adult Suffrage in 1944.

The man whose full ‘government’ name is Andrew Michael Holness, is to be, for a third time, sworn in as Prime Minister of Jamaica.

The political pundits told us it would happen.

And, so did the pollsters and their polls.

Even the dancehall dubs that decorated the unprecedented COVID-19 political campaign declared victory for Mr. Holness.

In unison, all three national polls declared a comfortable victory for Prime Minister Andrew Holness and the Jamaica Labour Party.

Among them, the Nationwide Bluedot poll, which was conducted between July 20 and August 6, across the island.

It found the JLP enjoying the support of 52-per cent of respondents who were asked which party’s candidate would they vote for.

34-per cent said they’d vote for the PNP.

That was an 18-point lead for the JLP…Up 6-percentage points since last December when Bluedot asked the same question.

A majority of voters have seemingly bought into the JLP’s mantra that one good term deserves another.

And, in so doing, the JLP has broken the historic trend of two consecutive one-term governments. Indeed, tonight’s win marks the first time in 53 years, that the Jamaica Labour Party is winning 2 consecutive contested general elections.

Last month, Political Analyst, Dr. Paul Ashley, said the gap between the JLP and PNP being seen in the polls is mostly due to the popularity of their leaders.

The Prime Minister’s popularity ahead of the General Elections has translated into the votes needed to secure a second term.

As a result, the JLP has defeated their less fancied opponent, the People’s National Party, PNP, led by the unpopular Dr Peter Phillips, who days before the election was described as being under water.

On August 11, in the House of Representatives, a confident Mr. Holness declared the date of the country’s 18th General Elections since Universal Adult Suffrage in 1944.

On his feet in Parliament, while donning a pair of Green Desert Clarks, Mr. Holness sought to make the case for why the Jamaican people should return the JLP to office.

His path to victory seemed almost a given.

This is Mr. Holness’ second victory in a General Elections but will be his third time serving as Prime Minister.

Mr. Holness was first elected a Member of Parliament for the West Central St. Andrew constituency in 1997 at the age of 25.

He returned to Jamaica House after the JLP defeated the People’s National Party at the polls on February 25, 2016.

That victory just over four years ago was historic as it wrote on the pages of Jamaica’s history, the first time the country had seen two successive one-term governments.

The electorate has decided that what the JLP has described as one good term, deserves another.