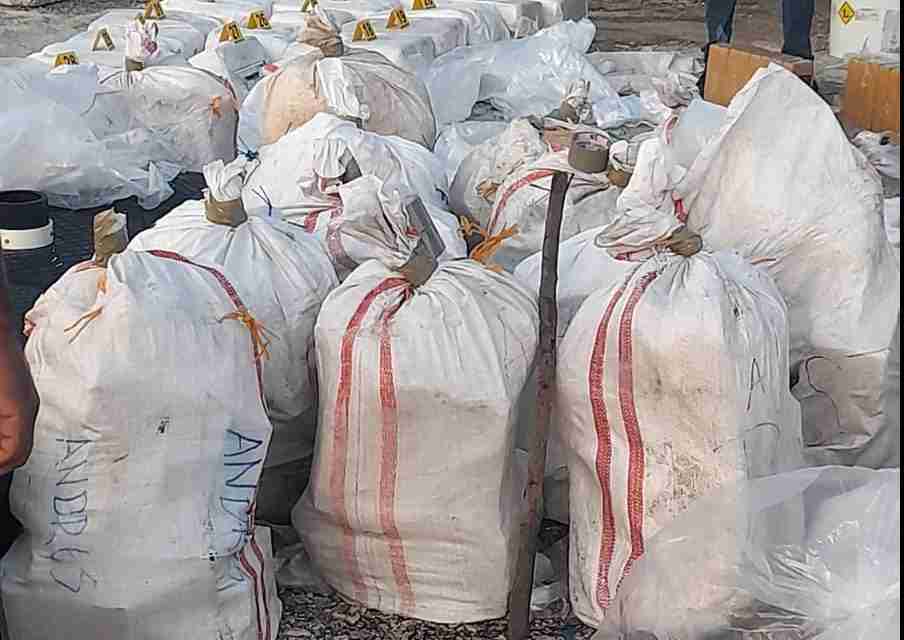 The Narcotics Police have charged three men in connection with the seizure of more than 900 kilograms of cocaine in Black River, St. Elizabeth on Monday, November 22.

The fishermen were found on a vessel by the Jamaica Defence Force’s Maritime, Air and Cyber Command, MACC, on its way to the island.

The drugs have an estimated street value of more than US $46 million.

Reports are that sometime after 9:00 pm, lawmen were on an anti-narcotics operation in Black River when they intercepted a boat with the accused men aboard.

The men and the packages were taken to shore and handed over to the Narcotics Police.

On Saturday, November 27, all three men were charged with Possession of Cocaine, Dealing in Cocaine, Trafficking Cocaine, Importing Cocaine and Conspiracy to Import Cocaine.

The accused men are to appear before the St. Elizabeth Parish Court on Thursday, December 2, 2021.