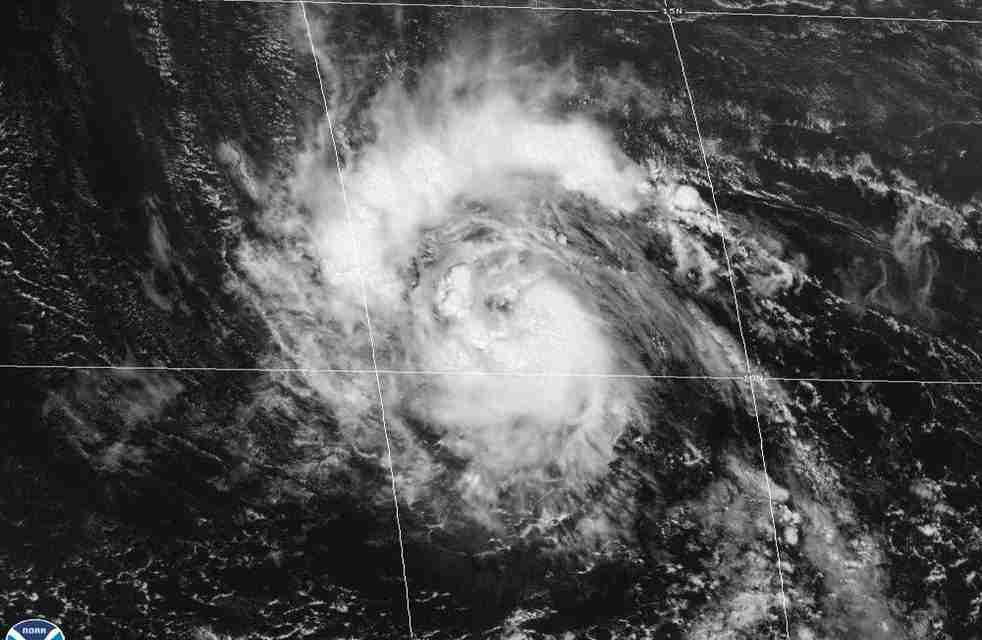 The 18th named storm of the Atlantic hurricane season formed on Thursday, with forecasters already forecasting it to become a hurricane today before quickly strengthening to become a major hurricane by Sunday.

Some forecast models indicate that Tropical Storm Sam could become a Category 4 hurricane as it moves westward toward the Leeward Islands.

However, it is uncertain whether it will pose a threat to parts of the Leeward Islands, or curl northward.

According to some simulations, the storm could make a right-hand turn and curve northward over the open Atlantic before reaching the Lesser Antilles, while a few models show the possibility of Tropical Storm Sam becoming a threat in the northern Caribbean.

The National Hurricane Centre in Miami said the newly formed storm, with maximum sustained winds near 50 miles per hour, was located about 1,745 miles east southeast of the northern Leeward Islands and was moving westward at 16 miles per hour.

Tropical-storm-force winds extend outward up to 45 miles from the centre.

No coastal watches or warnings have been issued.