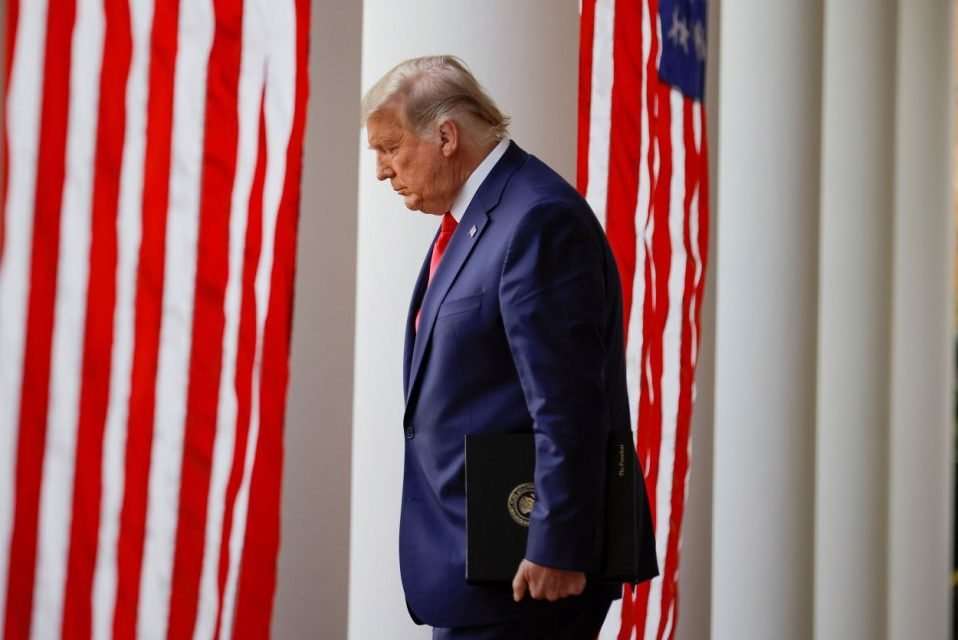 US President Donald Trump has committed to an orderly transition on January 20 after a day of chaos in the Nation’s Capitol, much of his own creation.

However he continues to repeat claims of electoral fraud.

This has been repeatedly blamed for the actions of pro trump protestors who stormed the Capitol Building.

Meanwhile, in a mostly symbolic move Members of the US Congress and Senate returned to the Capitol Building last evening and affirmed the electoral victory of President-Elect, Joe Biden.

The outgoing US President was forced to make his post through a Spokesperson’s Twitter account in the early hours of the morning after his own was suspended by the social media platform.

The President stated quote” Even though I totally disagree with the outcome of the election, and the facts bear me out, nevertheless there will be an orderly transition on January 20th”.

He further added, he has always said they would continue their fight to ensure that only legal votes were counted.

Mr. Trump said while this represents the end of the greatest first term in presidential history, it’s only the beginning of our fight to Make America Great Again!

The tweet followed a day of chaos which led to four people dying.

One of Trump’s own supporters, Ashli Babbitt – a veteran of the US Air Force was shot and killed by police while three others died of unstated medical emergencies.

As the afternoon stretched into the evening, and police finally secured the US Capitol, a growing chorus of voices – from the left and right – condemned the violence.

Even those loyal to the Commander in Chief broke ranks with the President.

Senate Majority Leader, Mitch McConnell made it clear the legislature of the US government would not be intimidated.

What followed that declaration was the final affirmation of President Elect, Joe Biden just moments earlier this morning by Vice President, Mike Pence.

The unprecedented day of violence started with a Trump rally earlier in the Capitol.

The President himself called on his supporters to march with him to the Capitol Building to support those senators and congressmen who backed his attempt to challenge the vote.

Of course many of his supporters took him at his word.

They even took pride in the actions they were about to partake in.

At the end of the evening what ensued was a further embarrassment of an already strained US democracy.

Other senior advisors it’s understood are contemplating if the next two weeks are worth waiting out.

A growing list of Republican law makers and Cabinet officials are now entertaining the unprecedented invocation of the 25th Amendment to remove Trump from office or to have the President impeached with mere days left of his tenure.