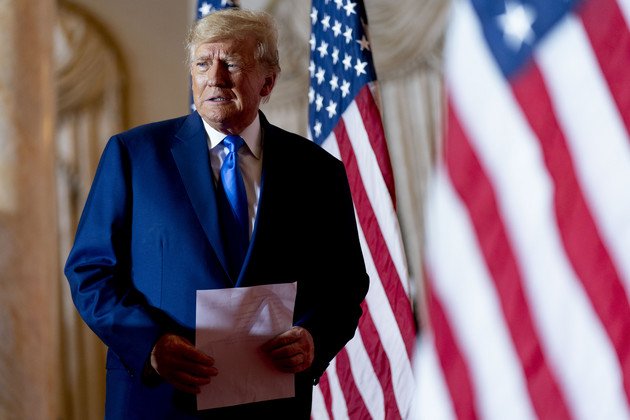 Former President Donald Trump is expected to announce his intention to return as President of the United States today.

That as he attempts to secure a seat of influence following a tepid Republican showing in the US mid-terms.

Pundits believe Trump had planned to utilize the GOP’s expected gains to keep potential challengers for the party’s nomination at bay.

Allies of the former president are reported to have urged him to wait until after the December. 6 Senate runoff election in Georgia to announce his plans.

However Trump seems eager to make his intentions unassailably clear.

The former President is also hoping ward-off other challengers, including Florida Governor Ron DeSantis, who was re-election last week and is now being encouraged by many in his party to run for president as well.

Trump has been sharply criticised by members of his party as playing a large role in their disappointing election performance for promoting candidates in states like Pennsylvania and Arizona who embraced his lies about 2020 election or held hard-line views on issues like abortion.