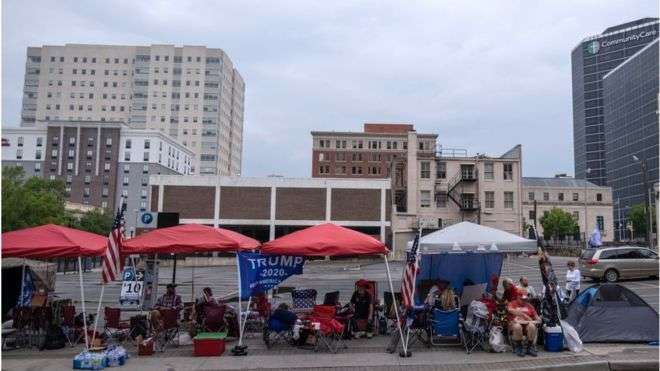 Trump supporters have begun camping outside the arena: Getty Images

BBC – Oklahoma’s Supreme Court has ruled that President Donald Trump’s rally on Saturday in Tulsa, his first since March, can go ahead.

A lawsuit to stop the 20 June rally over concerns that it could increase the spread of Covid-19 in the community was filed this week.

Virus cases are rising in Oklahoma, and local health officials have expressed concerns over hosting the rally.

The Trump campaign says they received over 1m ticket requests for the event.

The queue for the event at the Bank of Oklahoma Center – which seats 19,000 people – began forming earlier this week.

Facing tough re-election prospects in November, the president is hoping to reboot his campaign after a rocky week that has seen news of sinking opinion poll numbers, twin US Supreme Court defeats, two damning tell-all memoirs and a resurgence in coronavirus cases.

The lawsuit to cancel his rally was filed on behalf of local residents and businesses who had argued the venue should mandate social distancing guidelines in accordance with US public health officials’ recommendations, or cancel the event.

But the Supreme Court said that as the state had begun to reopen, the regulations left social distancing decisions up to individual business owners.

In response to safety concerns, the Trump campaign has said they will check attendees’ temperatures and offer hand sanitiser and masks.

But people buying tickets for the Tulsa rally online also have to click on a waiver confirming they “voluntarily assume all risks related to exposure to Covid-19” and will not hold the president’s campaign responsible for “any illness or injury”.

The president himself has pushed back against CDC guidance around masks, calling them a personal choice.

White House Press Secretary Kayleigh McEnany has also said that while attendees will be given masks, they will not be told to wear them – and told reporters on Friday that she will not be wearing one either.

Tulsa’s mayor imposed a curfew on Thursday around the venue, declaring a civil emergency, but the president says the city leader has assured him the measure will not apply to the rally itself.

Mayor GT Bynum, a Republican, cited recent “civil unrest” and potential opposition protests as he slapped an exclusion zone on a six-block radius near the arena.

On Friday morning, President Trump, also a Republican, posted a warning on Twitter to demonstrators.

“Any protesters, anarchists, agitators, looters or lowlifes who are going to Oklahoma please understand, you will not be treated like you have been in New York, Seattle, or Minneapolis,” the president tweeted.

“It will be a much different scene!”

Tulsa’s health department director Dr Bruce Dart told the Tulsa World paper: “I wish we could postpone this to a time when the virus isn’t as large a concern as it is today.”

Mr Trump originally planned to hold the rally on Friday, but changed the date after learning it fell on Juneteenth, the celebration of the end of US slavery.

The president told the Wall Street Journal on Thursday that a black Secret Service agent had told him the meaning of the anniversary. 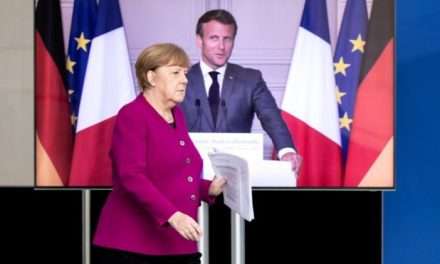 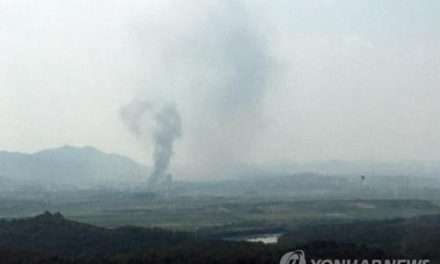 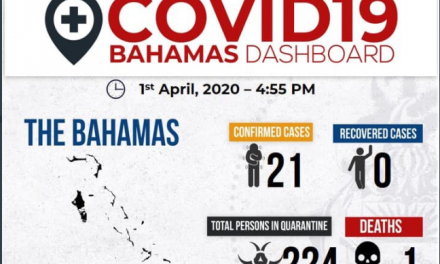 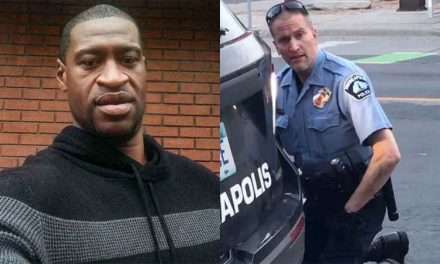