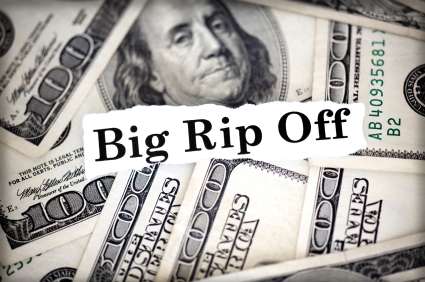 Two Jamaican men have pleaded guilty in the United States to an international telemarketing sweepstakes fraud scheme that defrauded numerous elderly and vulnerable persons in the country of more than 9-million-US-dollars.

They each face at least up to 20 years in prison.

In a statement posted on the US Department of Justice’s website, 51-year-old, Maurice Levy and 54-year-old, Derrick Levy admitted that between July 2008 and September 2016, they worked in call centres in Costa Rica that defrauded victims in the United States.

Both men admitted that they would call individuals in the United States, many of whom were elderly and vulnerable, and falsely claim that the individuals had won a sweepstakes prize but were required to pay fees prior to the delivery of the prize.

In truth, no such prize existed.

Once a victim made an initial payment for the purported fees, Maurice Levy, Derrick Levy, and their co-conspirators would continue to call the victim, falsely representing that a mistake had been made and that the victim had actually won a prize of a greater amount.

They would also falsely claim that an issue had occurred, and the victim needed to pay additional fees to claim the prize.

Many victims sent tens of thousands of dollars to Maurice Levy, Derrick Levy, and their co-conspirators in response to these calls.

Both men pleaded guilty on Thursday to conspiracy to commit wire fraud and will be sentenced at a future date.

Derrick Levy pleaded guilty on January 25 to conspiracy to commit wire fraud and will be sentenced on September 28.

A federal district court judge will determine any sentence after considering the U.S. Sentencing Guidelines and other statutory factors.