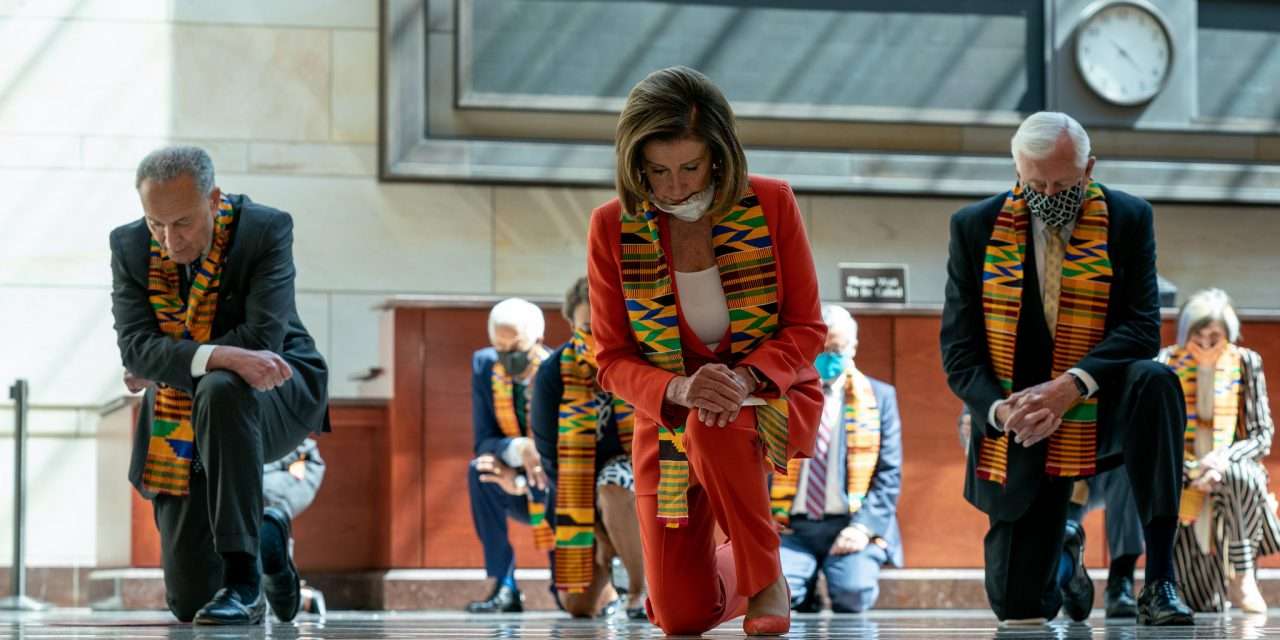 BBC – US Democrats in Congress have proposed sweeping legislation to reform American police, following weeks of protests against police brutality and racism.

The bill would make it easier to prosecute police for misconduct, ban chokeholds, and addresses racism.

Its comes as Minneapolis lawmakers vowed to disband the city’s police force.

The death of George Floyd at the hands of a white officer there sparked national pressure for change.

However, it was unclear whether Republicans, who control the US Senate, will support the proposed Justice in Policing Act of 2020.

Mr Floyd’s brother is expected to testify to the House of Representatives later this week in a hearing on police reform.

What does the bill say?

As she unveiled the bill, Mrs Pelosi read the names of black men and women who have died at the hands of police in recent years.

The bill forces federal police to use body and dashboard cameras, ban chokeholds, eliminate unannounced police raids known as “no-knock warrants”, make it easier to hold police liable for civil rights violations and calls for federal funds to be withheld from local police forces who do not make similar reforms.

“The martyrdom of George Floyd gave the American experience a moment of national anguish, as we grieve for the black Americans killed by police brutality,” Mrs Pelosi said.

The bill makes lynching a federal crime, limits the sale of military weapons to the police and gives the Department of Justice the authority to investigate state and local police for evidence of department-wide bias or misconduct.

It would also create a “national police misconduct registry” – a database of complaints against police.

Some Republican leaders have said they would consider the possibility of writing their own bill, with a hearing scheduled in the Senate Judiciary committee next week.

However, members of President Trump’s party have been largely reticent on signalling support for legislation.

In a break with his party, Republican Senator Mitt Romney on Sunday tweeted pictures of himself marching towards the White House with Christian protesters, with the caption “Black Lives Matter.”