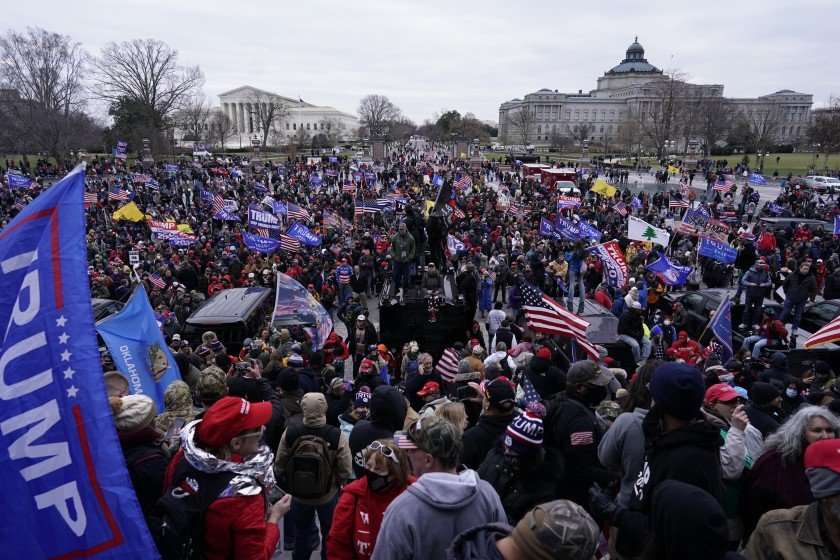 Mayor of Washington, DC, Muriel Bowser, has urged Americans to avoid the city during President-elect Joe Biden’s inauguration next week.

The mayor in making the appeal asked Americans to participate virtually following last week’s deadly domestic terror attack on the US Capitol.

The dramatic increase in troops comes as law enforcement in the nation’s capital and around the country brace for further extremist violence amid the transition of power.

Speaking at a news conference today, Bowser, a Democrat, stressed that she was concerned about more violent actors potentially coming to the city in the run-up to the inauguration.

She is also asking the Trump administration to cancel public gathering permits between January 10 and 24.

The emergency declaration request by Bowser would unlock additional funding for the city’s security efforts for the inauguration.

Meanwhile the FBI is warning of plans for armed protests at all 50 state capitals and in Washington, D.C., in the days leading up to President-elect Joe Biden’s inauguration, stoking fears of more bloodshed after last week’s deadly siege at the U.S. Capitol.

An internal FBI bulletin warned, as of Sunday, that the nationwide protests may start later this week and extend through Biden’s January 20 inauguration, according to two law enforcement officials who read details of the memo to The Associated Press.

Investigators believe some of the people are members of extremist groups, the officials said.

The bulletin was first reported by ABC.

And CNN is reporting Chad Wolf is resigning as the acting secretary of Homeland Security.

That’s according to a letter by Wolf to the department.