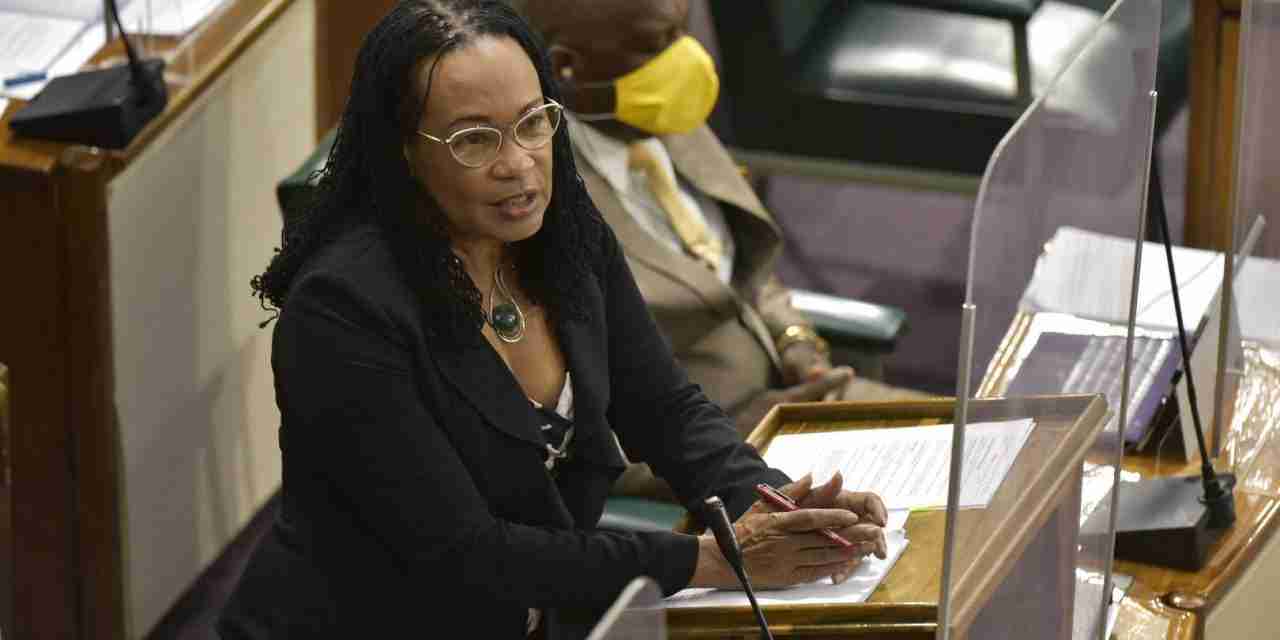 Opposition Spokesperson on Justice and Information, Senator Donna Scott-Mottley, is asserting that the government is entering dangerous territory by making suggestions that the voices of the victims of criminal disorder are being alienated.

Senator Scott-Mottley was reacting to utterances from Prime Minister Andrew Holness earlier this week who chided those who’re championing rights at the cost of justice for Jamaicans who suffer due to criminal disorder.

Senator Scott-Mottley says pandering to the public is going down a slippery slope on matters relating to the rights of all Jamaicans.

She declared that if citizen’s rights are infringed on slowly but consistently, it may be too late when the society realizes their rights are being abrogated.

Meanwhile, Senator Scott-Mottley says the government has no other crime solution than to infringe on the rights of Jamaicans.

She criticised the government for being reactionary to crime.

Senator Donna Scott-Mottley, Opposition Spokesperson on Justice and Information speaking on Nationwide This Morning with Ricardo Brooks and Wayne Walker.