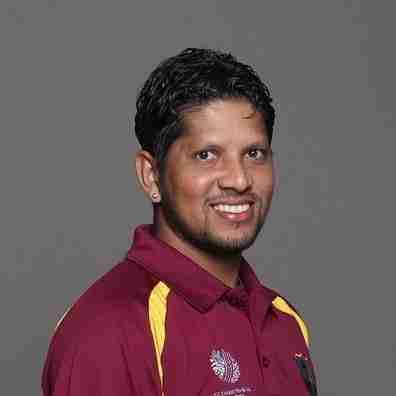 Sarwan was appointed as a Selector for the West Indies Senior Men’s and Youth and Selection Panels on January 6.

However he has informed CWI that he is no longer able to continue in the role.

CWI Director of Cricket Jimmy Adams thanked Ramnaresh for his contributions during his appointment saying, “Given the depth of his experience in the game, we are disappointed that Ramnaresh is unable to continue in the role of Selector, but we fully understand and accept his reasons.”

Adams went on to say; “We are grateful for his contribution during the period he was involved and hope that he will be able to contribute to West Indies Cricket in some capacity in the future.”

CWI will initiate a recruitment process for the Selector role as soon as possible through a competitive process, based on established criteria.

The aim will be to complete this process in the shortest possible time so that a suitable candidate can complete the Selection Panel in carrying out its duties.

Robert Haynes, who is the current Lead Selector of the Men’s Youth Selection Panel and former interim Chairman of Selectors, will act as replacement until a suitable full-time candidate is appointed.