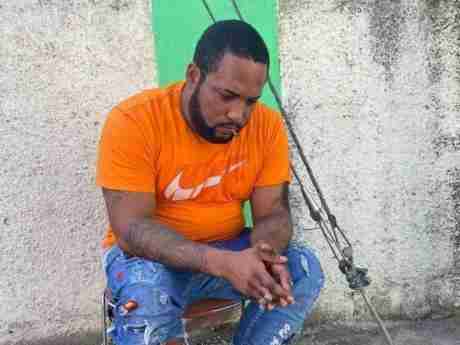 The police have taken a man into custody after he turned up at the hospital today nursing gunshot wounds that is believed to have been sustained during a shooting incident in the Donmair Close community of Kingston 19.

The man reportedly told the police he sustained the injuries in another location, but the police suspect the man was involved in the shooting incident that left one man dead and eight others nursing gunshot wounds.

Dead is 32-year-old Sanjay Cousins from Ambrook Lane. Cousins was killed in a part of the community popularly known as Common.

Reports are a group of people were on the road socialising when armed men approached and opened fire striking nine people.

Police sources indicate that Cousins is a known violence producer. According to the police Cousins has been linked to several murders in his home community of Ambrook Lane.

The police have also indicated that Cousins is linked to several murders in the St Andrew South community of Tower Hill.

Among the eight people nursing gunshot wounds are three women. The police say the Donmair Close community has been quiet for several years.

It’s believed the assailants of this morning’s attack are from Ambrook Lane. It’s also understood that Cousins was the target of the attack.

The police say they’ll use forensic evidence and other technologies as they continue their investigation into this morning’s fatal shooting.

The police are urging the public to contact the authorities when they notice strange people in their communities.