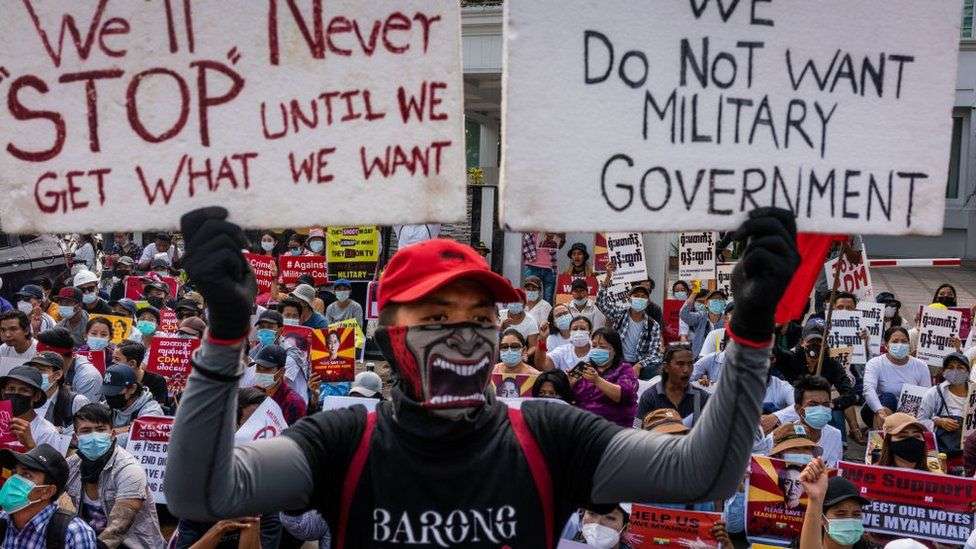 At least 38 people were killed in Myanmar today in what the UN described as the “bloodiest day” since the coup took place a month ago.

The latest violence comes a day after Myanmar’s neighbours urged the military to exercise restraint.

Burgener also said at least 50 people had now been killed and many wounded since the coup began.

Mass demonstrations and acts of civil disobedience have been taking place across Myanmar since the military seized control.

Protesters have been calling for the release of elected government leaders, including Aung San Suu Kyi, who were overthrown and detained in the coup.