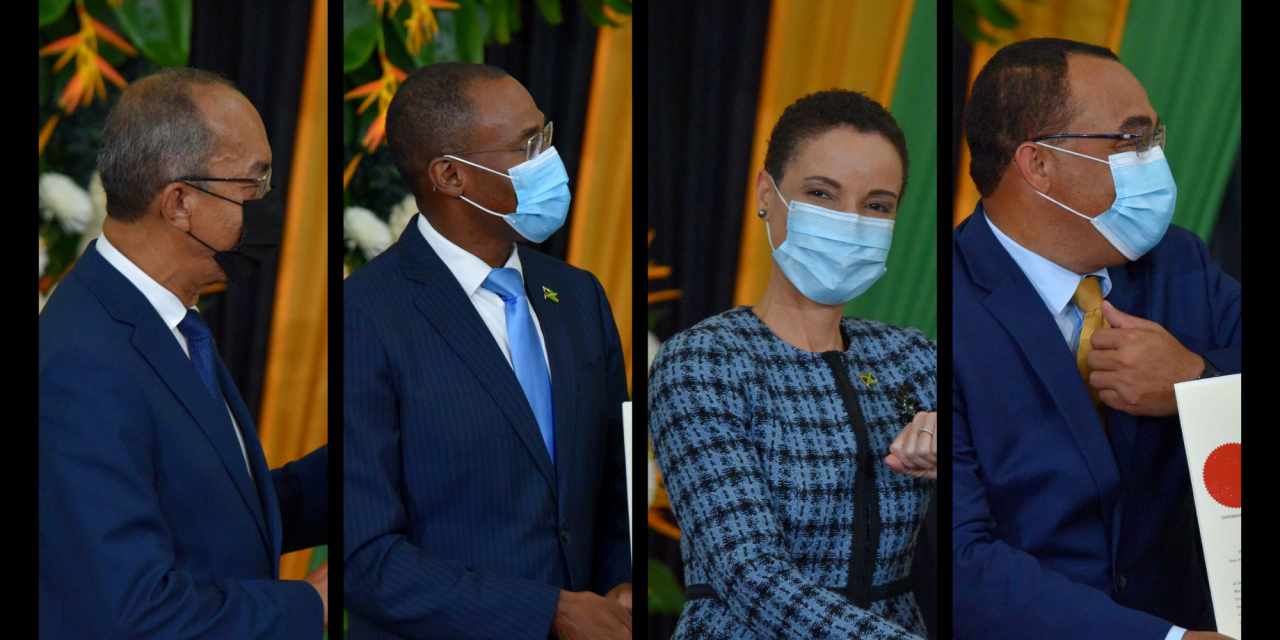 Four Cabinet Ministers were this afternoon sworn in at Kings House.

The Ministers are from critical Ministries including Finance, National Security, Health and Wellness and Foreign Affairs.

He will also serve as the country’s Deputy Prime Minister.

She’s also been re-appointed to the Senate.

The instruments of appointment were later read to the Cabinet Ministers.

Governor General, Sir Patrick Allen says the other Ministers will be sworn in at a later date.

However, he notes the critical roles of these Ministers.