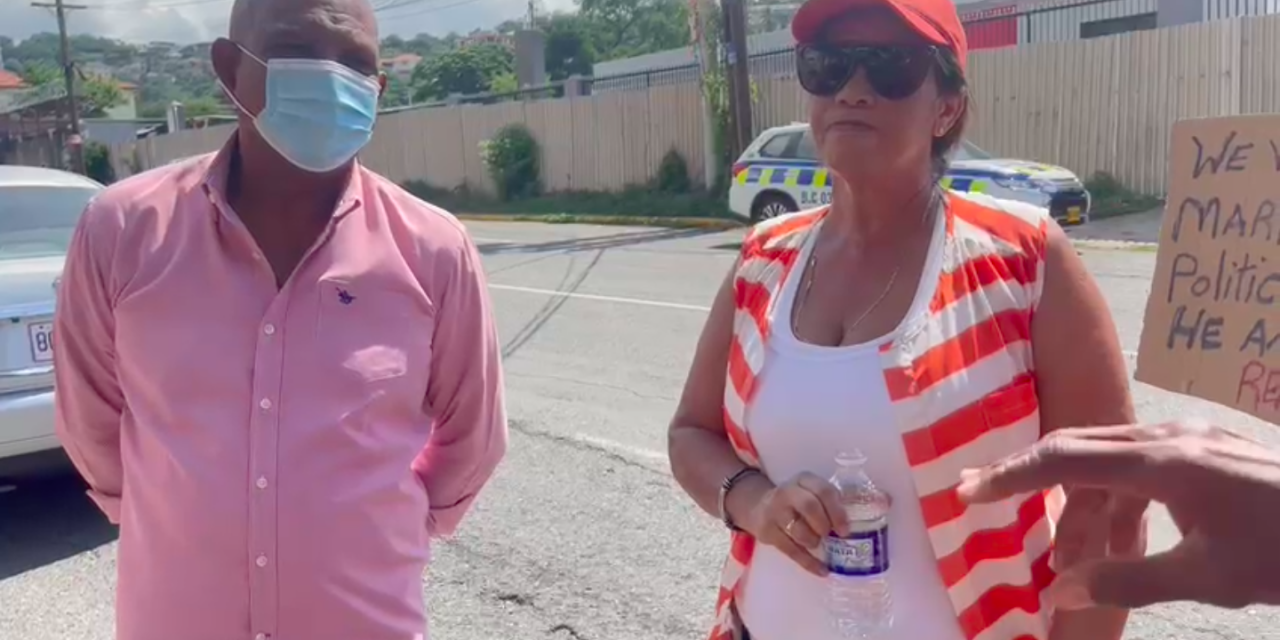 However, Ms. Cross herself is dismissing her expulsion in contravention of the party’s constitution and an attempt at distraction.

Mr. Dalley made it clear that discipline must be maintained.

He says despite his history with Ms. Cross the party’s strictures and procedures must be adhered to.

The controversial activist was given the boot from the party for 32 charges of anti-party activity at a meeting of it’s executive committee last evening.

However, he was unwilling to share the actually tally.

The acting chairman says no member of the party is an entity on its own and Ms. Cross failed to utilize the proper grievance procedures to express her grouses.

Mr. Dalley also noted that despite it’s own disciplinary committee recommending a 12 to 24 year suspension a motion was moved for her to be expelled.

He once again was unwilling to state who moved that motion.

However, the Acting Chairman says Ms. Cross is the first person to be so expelled under what he calls a new dawn for the PNP.

Ms. Cross has been publicly critical of the Party and its current leader Mark Golding.

She’s also made unsubstantiated allegations against both Party General Secretary, Dr. Dayton Campbell as well as Golding Ally and leader of Opposition Business in the Senate, Peter Bunting.

But despite the actions taken against her Ms. Cross remains defiant.

She dismissed the notice of expulsion and still considers herself a member of the PNP.