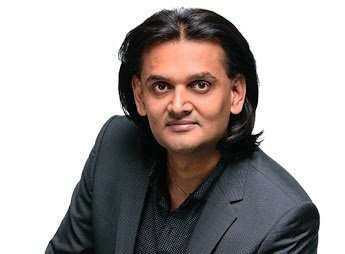 The Amber Group is moving to debunk allegations of a second breach on its JAMCOVID website and says it continues to fight cyber-attacks, hacking and mischievous players, intent on disrupting the system.

The statement from the Amber Group has come approximately 24-hours after US Security Editor at Technology entity, Tech Cruch, Zack Whittaker, alleged that there was a second breach on the JAM-Covid app.

The statement this afternoon from the developers of the JAM-COVID app was entitled Amber Group Debunks second breach allegation.

The entity said its seeking to mitigate efforts to disrupt and interfere with the JAM-COVID system which is designed to facilitate safe re-entry into Jamaica’s borders.

Founder and Chief Executive Officer of the Amber Group, Dushyant Savadia, is quoted in the statement as describing recent utterances alleging a “second vulnerability” as deeply concerning.

Savadia explained that the environmental file that is being described as a “second vulnerability” is a file that contains expired information, along with links that had been previously made redundant.

He says the files do not contain any personal information from JAMCOVID-19 users nor do they enable access to such information.

The AmberGroup CEO says it must be noted that login information is further protected with multi-factor authentication to prevent access to the site.

Mr. Savadia explained that a further examination shows that the file that was referenced, states clearly that the database URL and credentials were already rectified last week.

The Amber CEO says the company remains concerned about certain activity surrounding the app and reports being published in mainstream and social media platforms, which are seemingly defamatory.

The company says it has moved to contact its legal team.

Amber says it also wishes to clarify that the JAMCOVID-19 system was developed to meet an urgent need to facilitate controlled re-entry to Jamaica.

The group notes that the comprehensive system was built, developed and enhanced over a 10-month period.

Mr. Savadia said “Amber stands behind its work and contributions to Jamaica in the fight against the pandemic and continues to cooperate fully with the investigation by the authorities”.

Ambers statement alleging that there’s been an effort to disrupt the Jam-Covid system comes as the probe by Jamaica’s Major Organzed Crime and Anti Corruption agency into cyber interactions with the JAM-Covid app deepens.

It’s understood that a screenshot which was leaked on social media to substantiate the alleged breach is being heavily scrutinized by the Police as they move to determine whether the system was tampered with in violation of local and international laws.