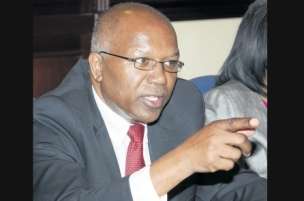 The Opposition People’s National Party, PNP, is warning of possible chaos in the roll out of the COVID-19 vaccines in Jamaica.

The Opposition’s warning comes amid growing public concern about the delay in the roll out of the country’s vaccination programme.

The PNP says the government’s mismanagement of the vaccination effort has cast serious doubt as to whether the programme will be effectively deployed.

The Opposition invited the media to a media briefing this morning to bemoan what it says is the mismanagement of the country’s vaccination effort.

At the top of the list of grievances, is what it says is the absence of an explanation of the planned phases of the roll out.

The Opposition says a structured and detailed plan is needed to turn the corner on the pandemic.

Dr. Morais Guy, the party’s spokesman on Health, led the party’s criticisms of the Holness  administration.

While acknowledging the budgeted sums for the vaccination plan, Dr. Guy says public buy in for the programme is important.

He says this will only be achieved if the Holness administration improves its communication on the specifics of the planned roll out.

The PNP came prepared with solutions.

They are calling for the use of churches, schools, community centers and the National Arena as possible vaccination sites.

The party is also calling for the deployment of community health aides to begin to prepare citizens for vaccination.

The party says these steps are critical as the pandemic worsens island wide.

Yesterday the Medical Association of Jamaica warned that the country was nearing the point where the government may have to consider a lock down in response to the rapidly deteriorating situation.

No word yet as to whether the Holness administration will take the suggestions on board.