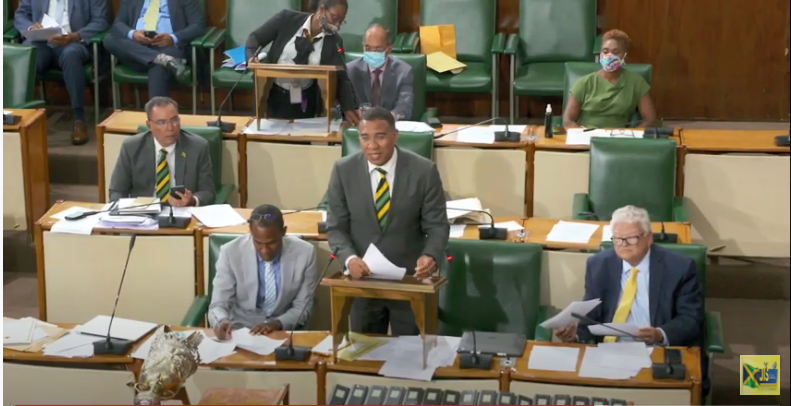 Anticipation is building across the country this afternoon as Prime Minister Andrew Holness is set to announce the date when the country’s 18th General Election since Universal Adult Suffrage is to be held.

The Prime Minister is expected to make the announcement in the House of Representatives later today.

The special sitting of the House got underway just before 3:00 this afternoon.

He acknowledged supporters gathered outside of the parliamentary building, then entered the House.

Sources at King’s House say the Prime Minister met Governor General Sir Patrick Allen earlier today ahead of the announcement of the date of the General Election.

It’s understood that the Prime Minister could also table a resolution in the House to pave the way for a discontinuation of the various States of Public Emergency across the island.

This in order to fulfill his commitment not to have a General Election with the enhanced security measure is in place.

We’ll join proceedings in Gordon House when the Prime Minister begins his presentation.