Approx. Half of Jamaica Fear They Are At High Risk of Contract Covid-19, 40% Reject Mandatory Vaccination 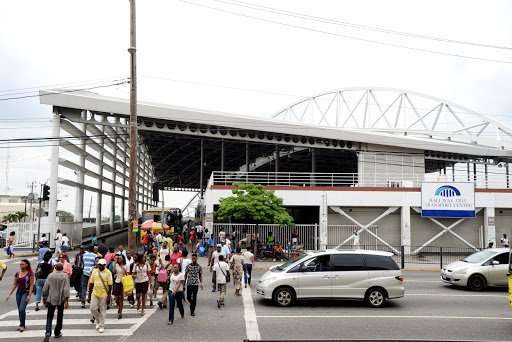 Almost 50-percent of Jamaicans believe they are at high risk of getting Covid-19!

However, more than 40-percent are of the view that Covid-19 vaccines should not be mandatory in Jamaica. That’s the findings of the Nationwide Bluedot Poll conducted last month, between August 14 and 30, among 1,500 Jamaicans, 18 years and older.

The poll had a margin of error of 2.5-percent.

As Wayne Walker reports, it also found that a big majority of Jamaicans believe the government should focus on public education to encourage vaccination.

A similar figure, 18-percent said they felt at Very High Personal Risk compared to 5-percent who felt they were at very little personal risk.

However, on the contentious issue of mandatory vaccinations, 42-percent of Jamaicans said they are opposed to it.

More than one in four of those polled, 28-percent, said they strongly disagreed with mandatory vaccines. Less than half of that number, 13-percent, strongly agreed.

Overall, 36-percent agreed with mandatory vaccination. That’s a six percentage point gap between those whose who disagree.

A significant 22-percent of Jamaicans told the Bluedot pollsters that they were undecided on the subject of mandatory vaccination.

On the question of what should the government do?

A majority of Jamaicans, 60-percent, believe the government should undertake public education to encourage vaccination.

They also suggested importing other vaccines and opening up vaccinations to all age groups. Both of which have now been done.

Significantly more than one in four Jamaicans, 26-percent, said financial rewards and incentives should be offered to encourage Jamaicans to be vaccinated.