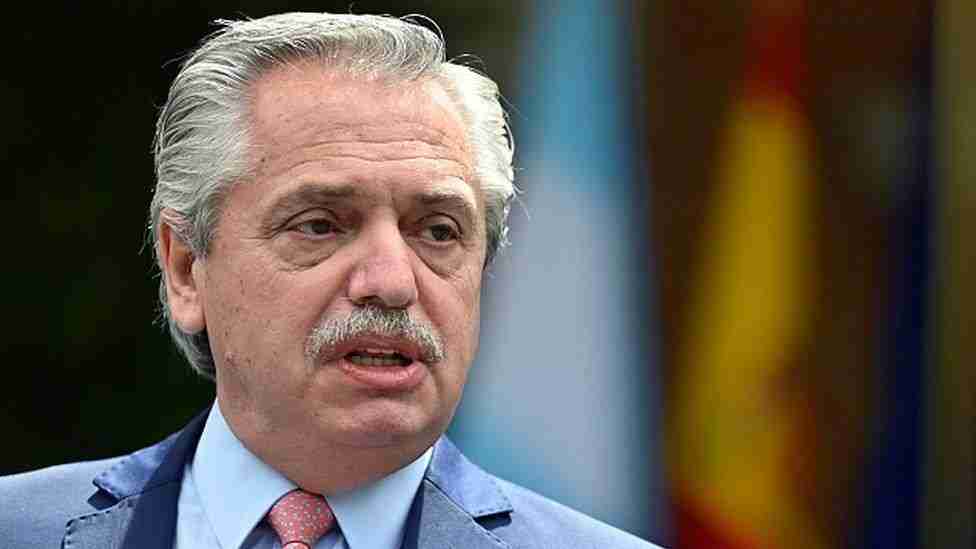 Argentine President Alberto Fernández has made a large donation as part of a deal to end an investigation into a lock down party he and his wife hosted.

The couple came under investigation after photos emerged showing them having a birthday dinner attended by about a dozen people while lock down measures were in force.

The scandal dubbed “Olivosgate” in reference to the president’s official residence in Buenos Aires, where the dinner took place, broke in August 2021.

At the time, public gatherings, including funerals, were banned.

The photos caused outrage and caused the president’s popularity to plummet.

A judge agreed to the offer by the president and First Lady to donate three million pesos in exchange for the case against them to be dropped.

Prosecutors had stipulated that the amount donated should be the equivalent of a respiratory machine and a stay in intensive care in hospital.

The money will go to a vaccine research institute.