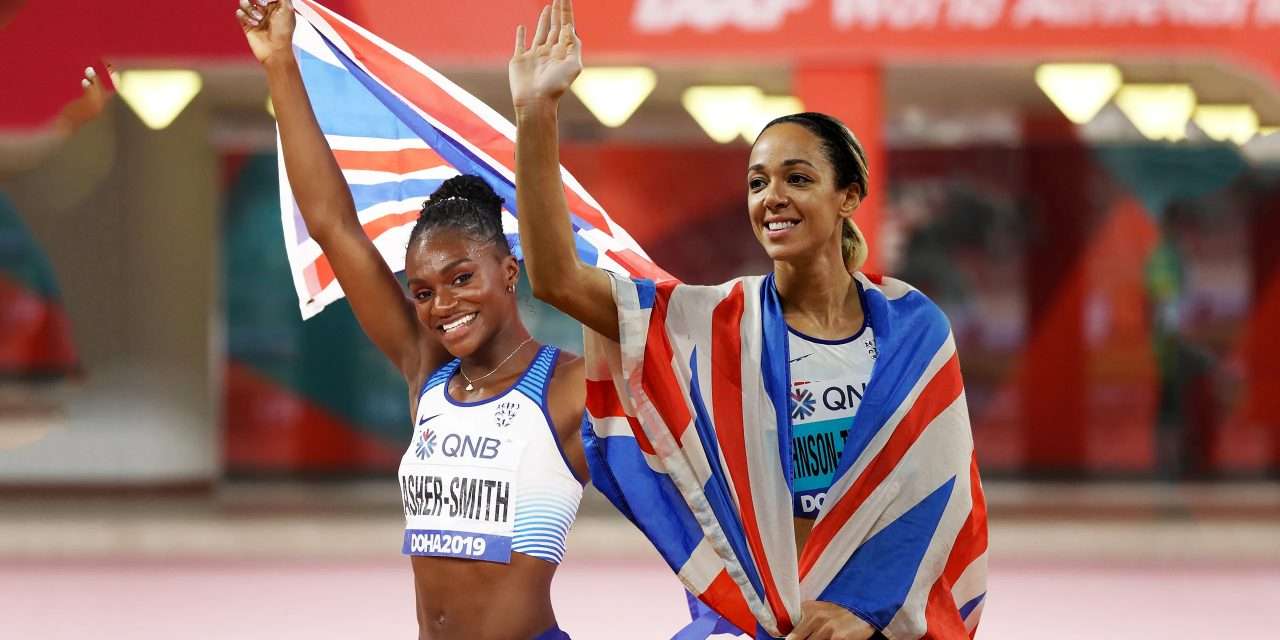 Reigning world champions Dina Asher-Smith and Katarina Johnson-Thompson will headline the Great Britain team at the World Athletics Championships in Oregon next month.

Asher-Smith will seek to defend the 200 metre title she won in Doha three years ago, while Johnson-Thompson will again go for heptathlon gold.

They are part of an initial 64-strong Great Britain team named for the championships in Eugene, which also features Olympic silver medallists Keely Hodgkinson – 800m- and Laura Muir -1500m.

Asher-Smith will also race in the 100m, where she will be joined by Daryll Neita – who beat her over the distance at the UK Championships on Saturday.

Beth Dobbin will also compete in the 200-metres, while Nethaneel Mitchell-Blake and Joe Ferguson will be joined by Adam Gemili in the men’s event.

Max Burgin, Kyle Langford and Daniel Rowden have been selected for the men’s 800m, while Jemma Reekie and Alex Bell are in the women’s 800m with Hodgkinson.