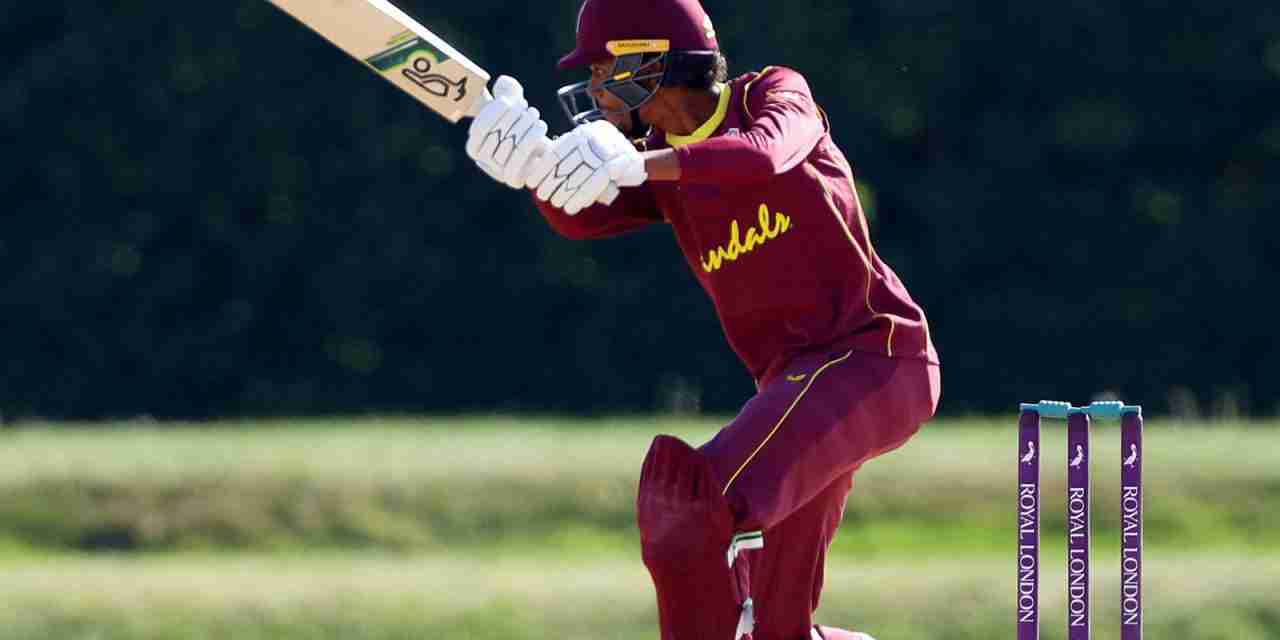 Teddy Bishop for the West Indies U19

The group will start work at the Coolidge Cricket Ground in Antigua for high-performance training and development sessions, today.

Several recent members of the West Indies Rising Stars Under-19 programme are included.

Two notable selectees are Teddy Bishop and Kevin Wickham, who both made centuries for the West Indies Rising Stars Under-19s during the ICC Men’s Cricket World Cup played in the West Indies earlier this year.

Also selected to the Academy squad is all-rounder Nyeem Young, who was in the West Indies Men’s white-ball training camp in April.

The plan for a CWI Emerging Players Academy was first announced in March.

It will function as a nexus between regional junior and senior teams while supporting the development of talented players between the ages of 19 and 25.

The Academy will have five primary objectives:

Personal Development – develop person first and then the player.

The Selection Panel met and recommended the 15 players based on a formula which included consultations with each of the six Territorial Boards.

Six reserves have also been selected as cover for players who may be selected for their franchises for regional competitions.