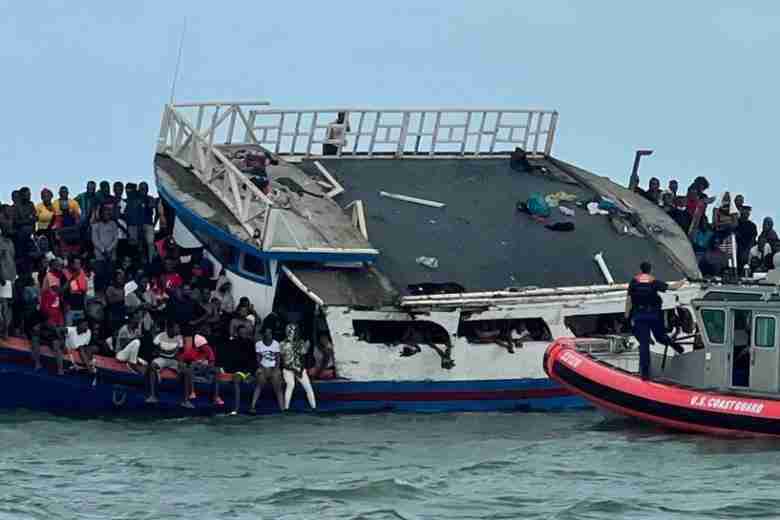 At least eleven suspected migrants have died after their boat capsized near the US territory of Puerto Rico.

The US Coast Guard said there were 38 survivors so far – mostly from Haiti, with two from the Dominican Republic.

Interceptions of migrants in the waters of the Caribbean have spiked in the past year.

The Coast Guard first learned of the capsize after the ship – which was taking part in an “illegal voyage” – was spotted by a Customs and Border Patrol aircraft about 10 nautical miles or 18 kilometers off the coast of an uninhabited island in Puerto Rico.

The Coast Guard said the boat’s passengers did not appear to be wearing life jackets. The vessel is believed to have departed from the Dominican Republic.

In a statement the Coast Guard said it was searching for survivors with boats, helicopters and fixed-wing aircraft. It also increased the number of survivors yesterday, from 31 to 38.  Eight are in hospital.