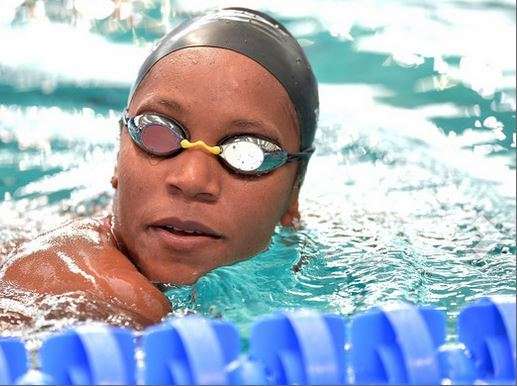 Top preliminary seed and world record holder Atkinson was disqualified in the semis of the women’s 50 breast, bringing the total number of disqualified swimmers up to 14.

Atkinson was notably disqualified out of Lane 4, where nearly half of the prelim disqualification came from.

Of the 13 disqualifications from the heats, six were in Lane 4.

However, all of the disqualifications were apparently called by underwater cameras and not one specific judge in one specific lane.

If Tang hadn’t been DQed, which would’ve been tied with Atkinson for the top seed out of the heats in 29.55.

Atkinson, who touched first in the second semi and was well on her way to qualifying for the final, was the defending champion in the event, having won gold in 2018 in China.

The Jamaican has actually won a medal in the women’s 50 breast at four straight World Championships dating back to 2012, but will have the streak come to an unceremonious end here, barring the disqualification being overturned.

With Atkinson out of the mix, Russia’s Nika Godun qualified first for the final in 29.42.