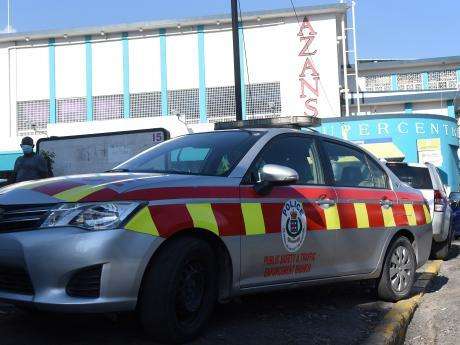 An employee of the Cross Roads branch of the Azan Supercenter in the Corporate Area died, after he was reportedly shot by a member of the Jamaica Defence Force, on Thursday afternoon.

According to Azan’s Chief Executive Officer, Milad Azan, he wants justice for the killing of Courtney Minto, who he calls a family friend.

More in this report Hykel Nunes.

Yesterday a JDF soldier turned himself into the police after a shooting incident with a park attendant at the Azan Supercenter in Cross Roads.

Mr. Azan says his employee was killed for doing his job.

Mr. Azan is alleging that the soldier pulled his firearm and chased Mr. Minto before shooting him twice.

The Azan Supercentre CEO says Mr. Minto is like family to him.

Meanwhile, Mr. Azan says he will have to identify the body.

And, he says he hopes Mr. Minto’s loved ones get justice.