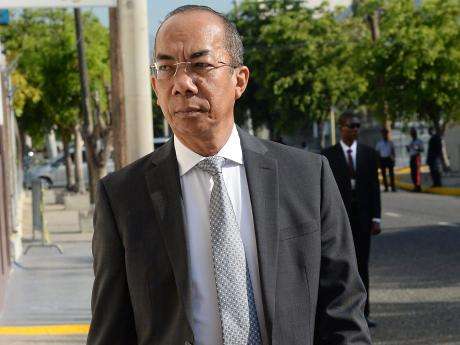 The Jamaican Bar Association says recent comments made by Minister of National Security, Dr. Horace Chang, has brought the legal profession into disrepute.

Speaking at a media conference at the Office of the Prime Minister on Tuesday, Dr. Chang said there’s been an increase in armed robberies, especially in central Jamaica, as criminals seek to use those funds to pay attorneys to defend their cronies who’ve been locked up.

This is the comment from the National Security Minister that has local lawyers raising objections.

In response, President of the Jamaican Bar Association, Emile Leiba, says Dr Chang’s utterance has cast the legal profession in a negative light.

He’s calling for an apology and a retraction of the comments from Dr. Chang.

Mr. Leiba says the Bar Association rejects the demonisation of the legal profession without credible evidence.

Meanwhile, Mr. Leiba is urging attorneys to always abide by the law.