Jamaica Set To Become Caribbean’s Centre of Commerce by 2030: Holness 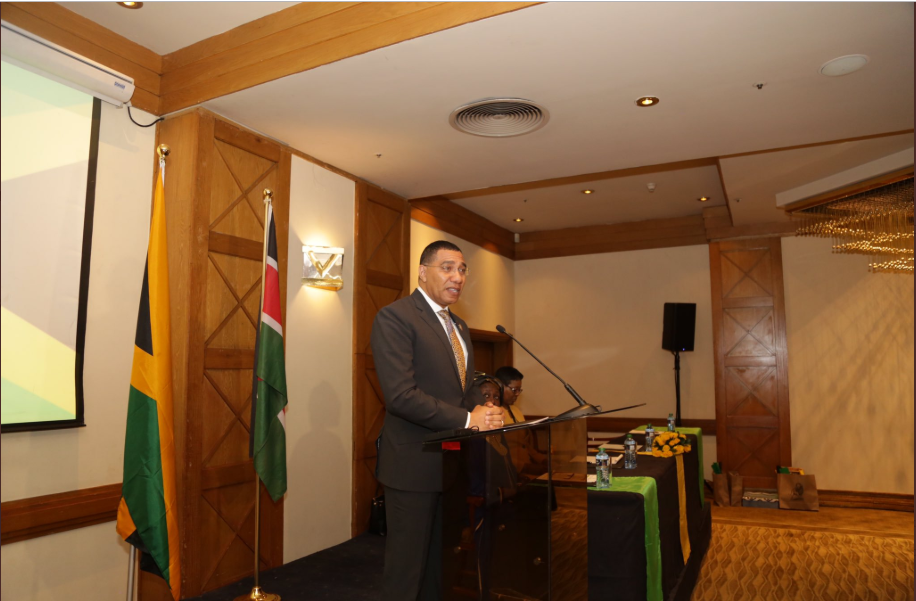 Prime Minister Andrew Holness, has told members of the Jamaican Diaspora in Kenya, that Jamaica is to become the Caribbean’s centre of commerce in the next ten years.

Mr Holness says Jamaica has become a model of economic reform, following an economic crisis in 2008 and subsequent implementation of measures of fiscal discipline.

He says there is still work to be done, but Jamaica is well positioned for economic success.

He also called on African nations to invest in tourism, infrastructure and mining in Jamaica.