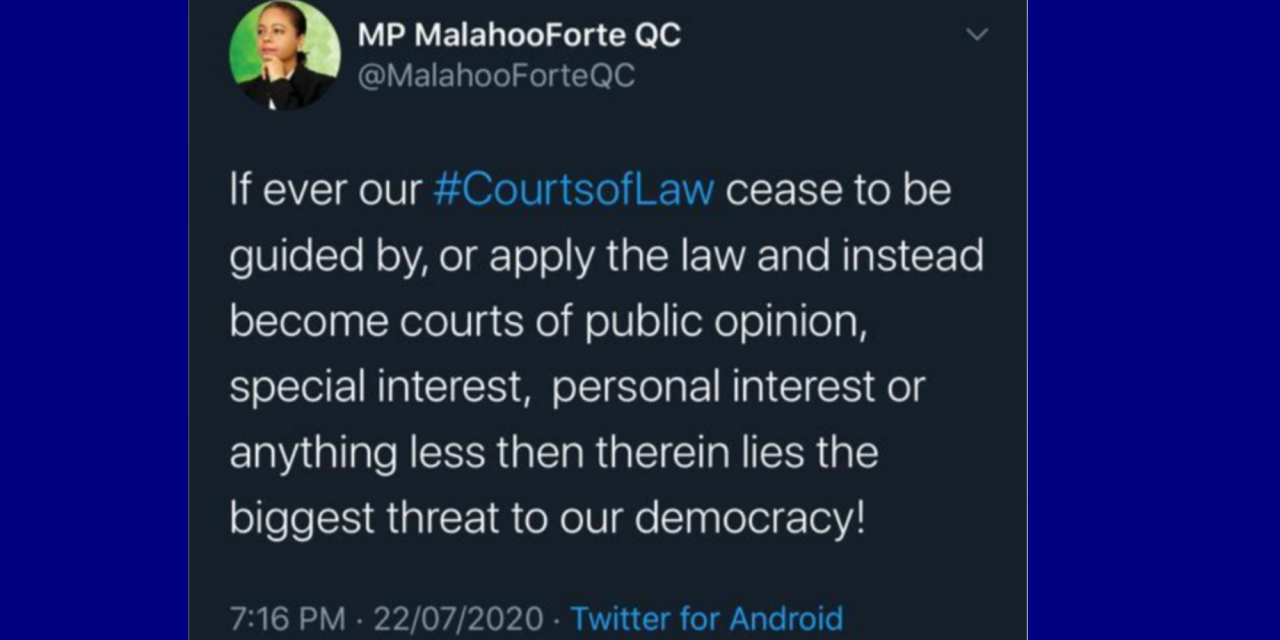 The Jamaican Bar Association, is demanding that the Attorney General withdraws her controversial comments.

President of the Jamaican Bar Association, Emile Leiba, says the Attorney General’s statements could undermine the public’s trust in the judicial system.

He says the comments are seen as an attack on judgements of the court.

The Jamaican Bar Association President says appealing the ruling would be more appropriate than publicly criticizing the ruling.

The Bar Association says it is centrally important to uphold public confidence in the impartiality of the judiciary and the sanctity of judicial rulings.

Meanwhile, Attorney General, Queen’s Counsel Marlene Malahoo Forte, says the Jamaican Judiciary can be assured of her unwavering support and that of the Government of Jamaica.

Mrs. Malahoo Forte was reacting to criticism of comments she made on Twitter earlier this week where she questioned whether some Judges were applying the law appropriately in matters of high public interest.

In a statement this afternoon, Mrs. Malahoo-Forte said in expressing genuine concerns about the approach taken in Court during the hearing of some matters of high public importance, some of her comments have been received as an attack on the Judiciary.

Mrs. Malahoo Forte says she appreciates that statements made by a holder of one high office can serve to undermine public confidence in the holders of other high offices.

The Attorney General says it was never her intention to either attack any judge or undermine public confidence in the judicial branch.

Mrs. Malahoo Forte says it is truly regrettable that her comments have been interpreted in this way by some people.

Earlier this week, Mrs. Malahoo Forte tweeted – “if ever our Courts of Law cease to be guided by or apply the law and instead become courts of public opinion, special interest, personal interest or anything less, then therein lies the biggest threat to our democracy.”

The Attorney General was responding to suggestions by two Attorneys that a Supreme Court Judge, Bertram Morrison, heard a habeas corpus application and ruled that the detention of five men under the State of Public Emergency is unconstitutional.

Mrs. Malahoo Forte also tweeted that reports about the unconstitutionality of the detentions under the State of Public Emergency in a matter ruled on by a single judge who heard an application for writ of habeas corpus cannot be correct.

Earlier today, the Jamaican Bar Association issued a statement and called for a withdrawal of the comments.

While Opposition Senator KD Knight commented in the Senate today that if Mrs. Malahoo Forte stands by her comments she should resign.