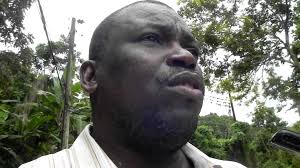 Councillor for the Beecher Town Division in South East St. Ann, Ian Bell, is calling on the management of the St. Ann Municipal Corporation to account for what he says is the unauthorised use of money from the municipality’s Special Grants and Repairs Fund.

According to Mr. Bell, the fund should contain some 60-million-dollars of tax payers’ money.

However, he says at last check the fund contained only 1-point-6 million dollars.

Mr. Bell says he was told that the funds might’ve been depleted in the municipality’s general funds.

However the Councillor is maintaining that this is an unacceptable response since only the Minister of Local Government and Rural Development can authorise the use of the funds.

He’s calling on Mayor Stewart to come clean and account for the money that has disappeared from the fund.