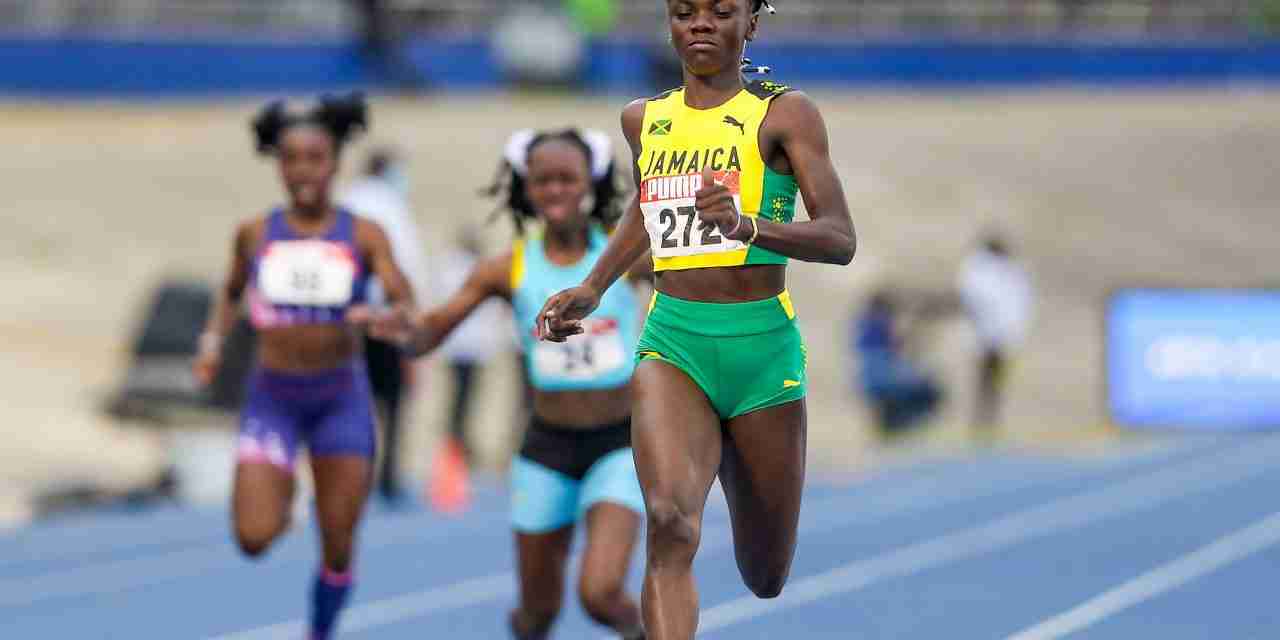 The 18-year-old Hydel High School sensation, who also attended St. Jago High, has had an outstanding 2022 season so far.

At the Central Championships in March, she achieved her personal best of 11.14 seconds in winning the 100 metres. She went on to smash an 18-year-old record in the Class One 200 metres at the ISSA/GraceKennedy Boys and Girls Athletics Championships in April. Simone Facey had the record of 22.71 since 2004, Lyston blazed to a sensational 22.53.

She then mined gold, in the 200 metre at the 49th CARIFTA Games at the National Stadium in April.

Lyston was also a member of the 4-by-100 metre team that ran an incredible World record of 42.58 seconds. That time was however not ratified by World Athletics, because of a foul up on the part of local authorities.