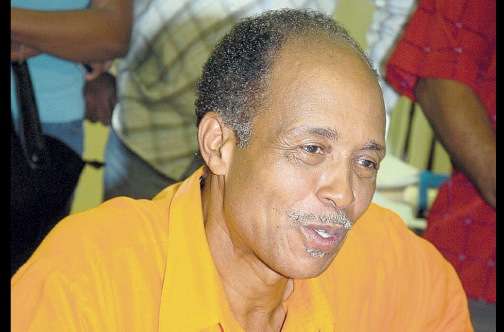 Peoples’ National Party (PNP) General Secretary, Paul Burke, says he has apologized to the party’s former Vice President, Dr. Karl Blythe, who was verbally assaulted by some supporters of Portia Simpson Miller after he bluntly told the party leader that she should offer her resignation as PNP President.

Our sources say inside the NEC meeting say Dr. Blythe told Mrs. Simpson Miller that she should at least offer her resignation following the party’s shocking defeat at the February 25 General Election.

Dr. Blythe also told Mrs. Simpson Miller that she should be held accountable for some of the adverse findings of the Julian Robinson-led appraisal committee which examined the election defeat.

Several Jamaican expletives were hurled at Dr. Blythe by some Simpson Miller supporters following the meeting.

The PNP General Secretary told our news center this afternoon that he has apologized to Dr. Blythe.

According to Mr. Burke, the majority of NEC members appeared to be pleased that Mrs. Simpson Miller has decided to seek re-election in September.

And the struggle for control of the 78-year old PNP has taken another turn with Mr. Burke declaring himself a member of the left wing democratic forces of the party.

The PNP General Secretary says members of the pro-renewal faction of the party are ignorant about the true purpose of the PNP.

Some prominent comrades including Lisa Hanna, Peter Bunting and Raymond Pryce have publicly called for renewal of the PNP. But Mr. Burke accused some persons calling for renewal of ignorance during a document he carried to Sunday’s marathon meeting of the party’s National Executive Council, NEC.

The document which is entitled ‘Left Wing Democratic Forces – Prepared by Comrade Paul Burke’ has been obtained by Nationwide News.

The PNP General Secretary says he accepts with sincerity persons who are calling for renewal of the party.

However he says he realizes that some persons do not know or have forgotten that the PNP is a left of centre political organization and not a centre or centre right organization.

Mr. Burke says the ignorance of some members of the PNP regarding the true purpose of the organization may be due to the failure of the party to properly educate its members.