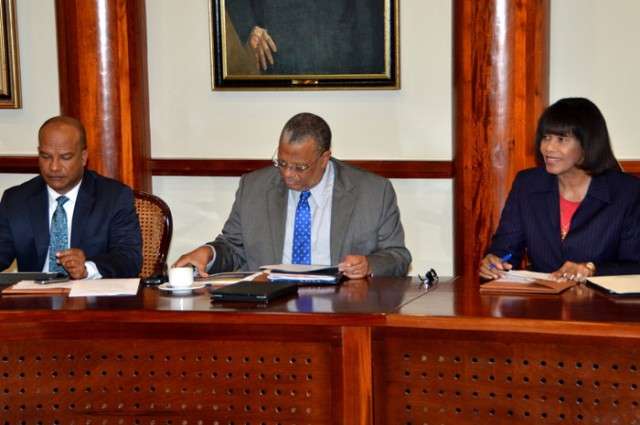 The Portia Simpson Miller-led Cabinet has given its approval to the tabling in parliament this week of a bill which should it be passed into law will see major changes to the island’s ganja laws.

The Justice Minister says the bill proposes that persons found in possession of two ounces or less of ganja will no longer have a criminal record or required to go to Court.

Senate Golding also gave details of coming amendments to ganja laws that will affect the religious and medical fraternity.

According to Minister Golding contents of the bill also bring good news for persons suffering from serious ailments.

The Justice Minister says the bill will empower the Science Minister to give permission for the importation of Ganja for  research purposes.

The bill will be tabled in the Senate on Friday and debated next week..