Cabinet To Discuss Whether Members Of Public Boards Can Sign NDAs: Prime Minister 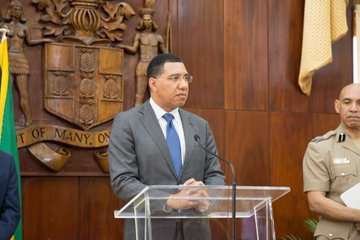 This follows information that members of the board of the scandal-hit Caribbean Maritime University, CMU, have signed such an agreement.

Prime Minister Andrew Holness says he was shocked to hear that a Non-Disclosure Agreement was put in place for Members of the Caribbean Maritime University Council.

He says the unusual nature of that decision requires probing.

He’s reacting to news in the Sunday Gleaner in which a whistleblower alleges that the CMU Council had an NDA barring members from speaking publicly about information gleaned during their tenure.

The NDA is apparently valid for five years from the date it was signed.

Meanwhile, Prime Minister says he never viewed the contents of a special audit report into the operations of the CMU.

He was speaking Sunday during a Press Briefing held at Jamaica House.

The Audit report outlines damning information of poor governance and financial oversight at the tertiary institution.