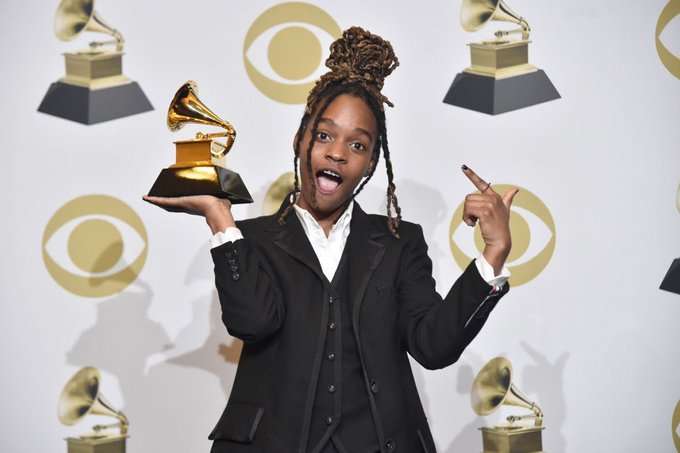 Jamaican reggae sensation, Koffee, made history last night by becoming the youngest solo act and only female ever to win a Grammy for Best Reggae Album.

The artiste won her first Grammy in the category of Best Reggae Album for her compilation which was entitled “Rapture”.

She was announced as the winner during the glitzy Grammy Awards ceremony in Los Angeles last night.

Koffee thanked those who played a part in her success.

The 19-year-old reggae star is also the youngest Jamaican ever to win a Grammy Award.

Koffee set the music scene alight in November 2018 where her hit song, Toast, was released.

The young songstress has twice made it onto the playlist of former US President, Barack Obama’s favorite playlist.

Her songs have also been featured on social media by several international recording artistes, including Rihanna.