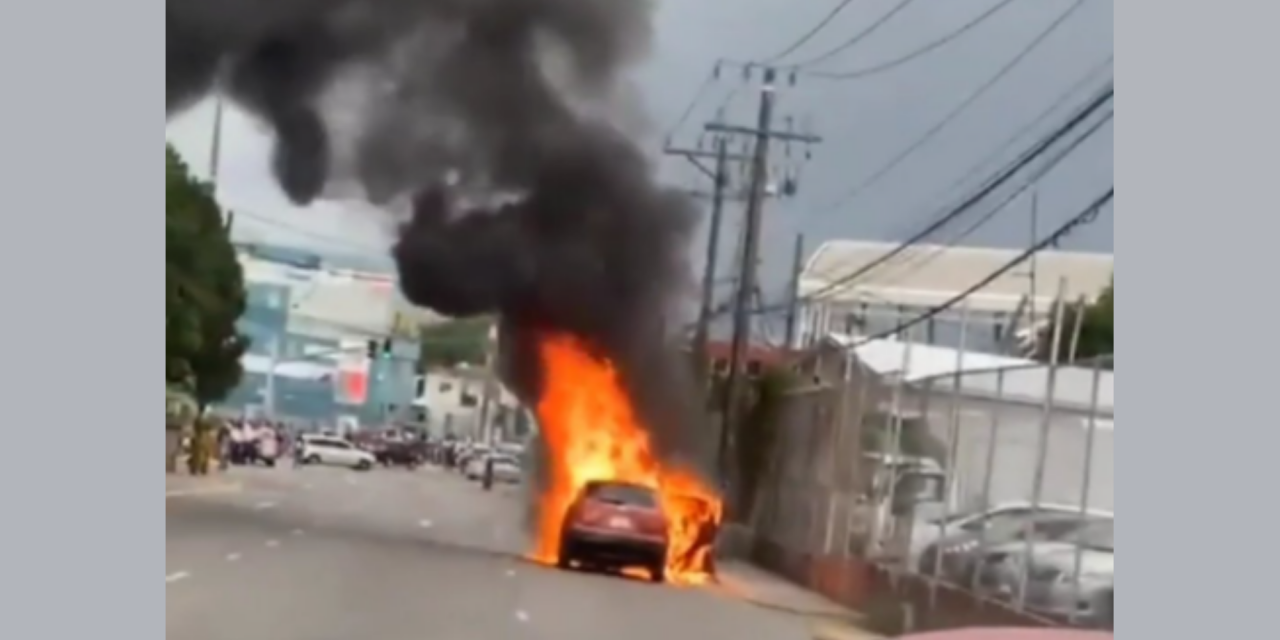 Traffic in the Corporate Area was again brought to a virtual standstill after a car caught fire this afternoon along Eastwood Park Road in St. Andrew.

Persons took to social media to upload video footage of the burning vehicle and angry motorists who sat in traffic for more than an hour.

DSP Dixon says when the firefighters arrived no one was in the car.

DSP Dixon also noted that the heavy traffic was expected because of where the car caught fire.

In the meantime, our news also spoke a number of motorists who were stuck in traffic along Cargril Avenue.

Motorists stuck in traffic in the Corporate Area today, speaking with Nationwide News.