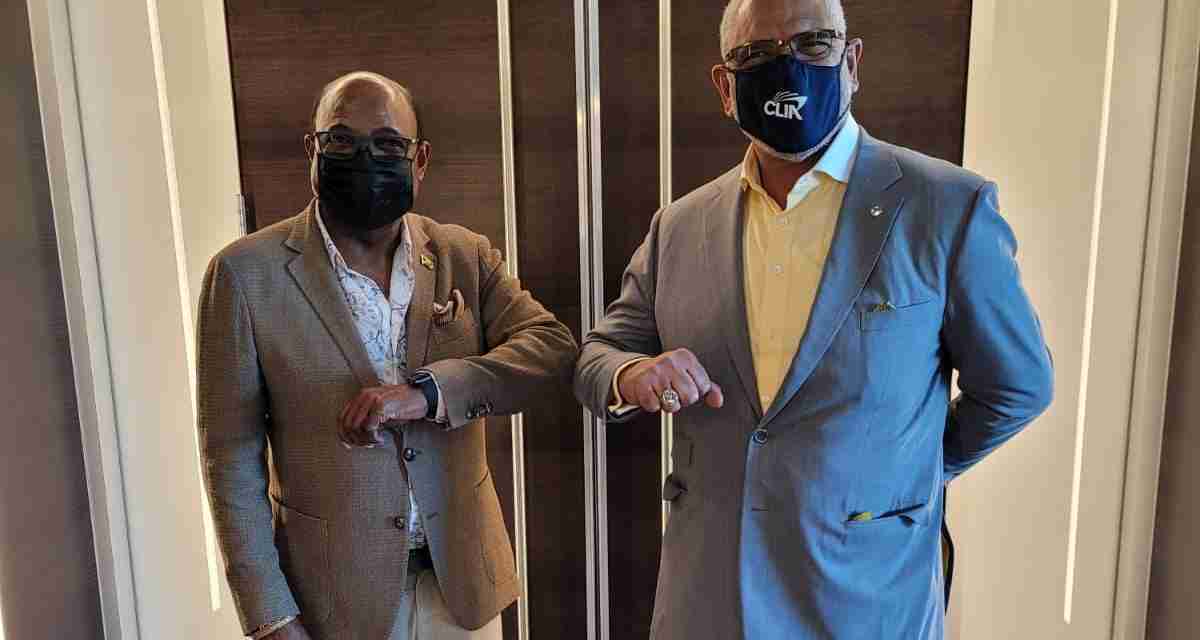 The world’s largest cruise line, Carnival Corporation, has committed to sending at least 110 cruises to Jamaica over the next six months.

The development was announced following a meeting between Jamaica’s Tourism Minister Edmund Bartlett and CEO of Carnival Corporation, Arnold Donald, on Tuesday.

In a statement, Minister Bartlett says, through its various brands, Carnival Corporation has committed to sending at least 110 cruises to Jamaica between October this year and April next year.

Minister Bartlett is quoted in the statement saying Carnival is a critical partner for Jamaica’s tourism and wider economic recovery.

He says Jamaica is seeing a welcome return of vessels with the recognition that country’s Resilient Corridors offer a safe environment for visitors, tourism workers and the general population.

Senior Strategist in the Tourism Ministry, Delano Seiveright, who was a member of the delegation at the meeting, says the Carnival announcement will be a benefit to Jamaica.

The Tourism Ministry says the meeting with Carnival forms part of a series of engagements with travel industry professionals in Jamaica’s key source markets, the United States and Canada, including major airlines and investors.

The Ministry says this is being done to encourage more people to visit Jamaica in the coming months, and to encourage further investment in the local tourism industry.

Minister Bartlett says there has been steady growth toward pre-Covid-19 levels in the cruise sector, following its closure for more than a year due to the pandemic.

He says the growth is bolstered by stringent measures put in place to reduce the spread of Covid-19, like requiring passengers to be full vaccinated and requiring unvaccinated passengers to present a negative Covid-19 test taken 72-hours before boarding the cruise.