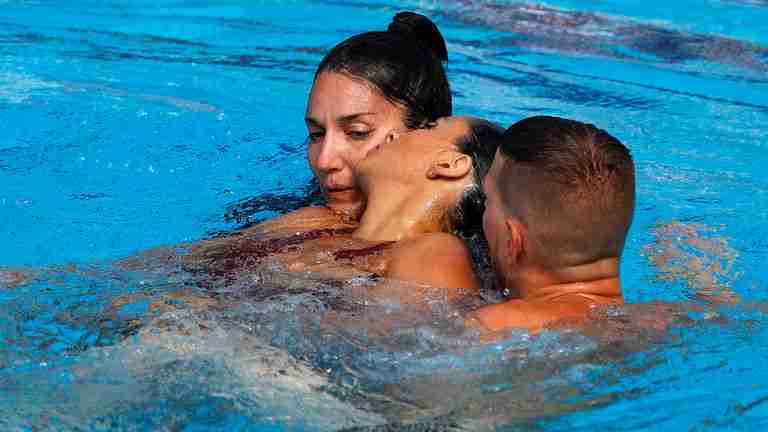 American artistic swimmer Anita Alvarez was rescued from the bottom of the pool by her coach after fainting at the World Aquatics Championships.

The 25-year-old was not breathing and had sunk after completing her routine in the solo free final in Budapest.

Her coach, Andrea Fuentes, pulled Alvarez to the surface before she was taken away on a stretcher.

Alvarez previously fainted following a routine during an Olympic qualifier in Barcelona last year, with Fuentes also rescuing her on that occasion.