“Get Rid of the Seven Devils!”: Transport Authority Workers Demand The Return Of Former Managing Director 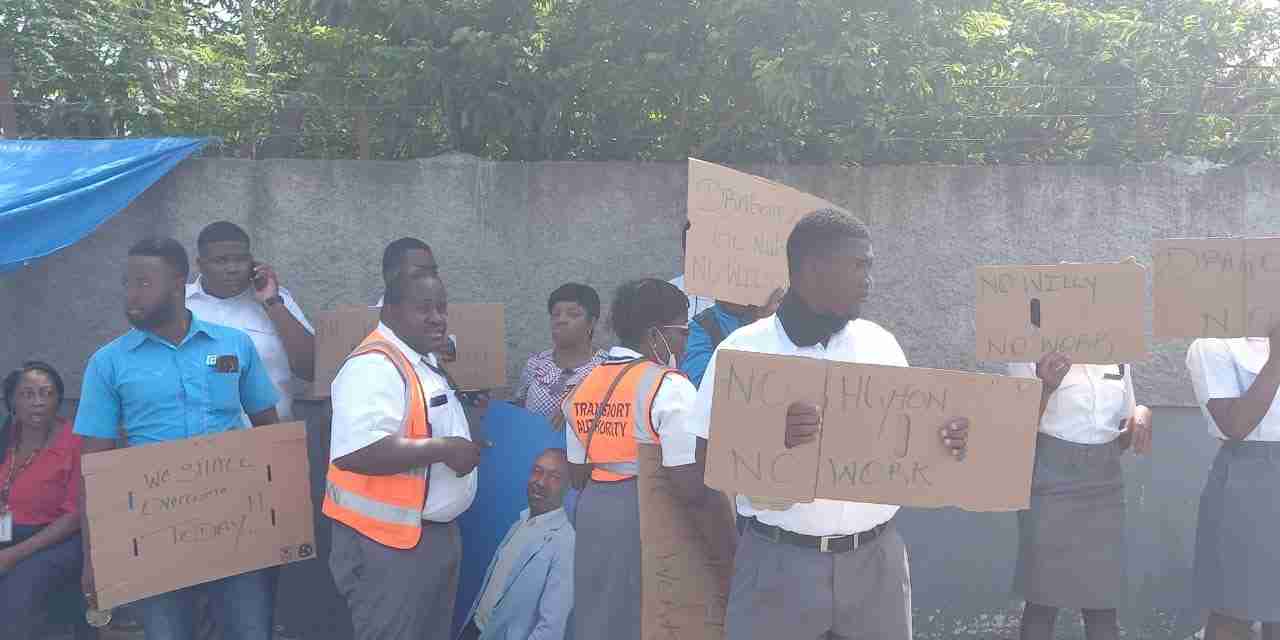 Get rid of the seven devils!

That’s the call from irate workers of the Transport Authority who raised placards bearing their disapproval of the circumstances surrounding the resignation of Managing Director, Willard Hylton.

The workers, consisting of supervisors and inspectors, gathered at the Authority’s Operations Office on Maxfield Avenue in Kingston this morning.

However, the workers and transport stakeholders have been calling for him to return immediately.

They say the Transport Authority has seen immense progress and positive changes since Hylton’s appointment.

Area Supervisor, O’Neal Clare, says some employees at the company have been causing problems under Hylton’s leadership.

He says they must go!

The workers are calling on the senior management to clarify the reasons behind Mr. Hylton’s departure.

He says the workers need answers.

And, Route Inspector of the Southern Regional Office, Ishmael Francis, says they refuse to continue working without Mr. Hylton.

He was also participating in the protest this morning.

Mr. Newman says the employees who were causing problems within the company, were not compliant with Mr. Hylton’s leadership style.