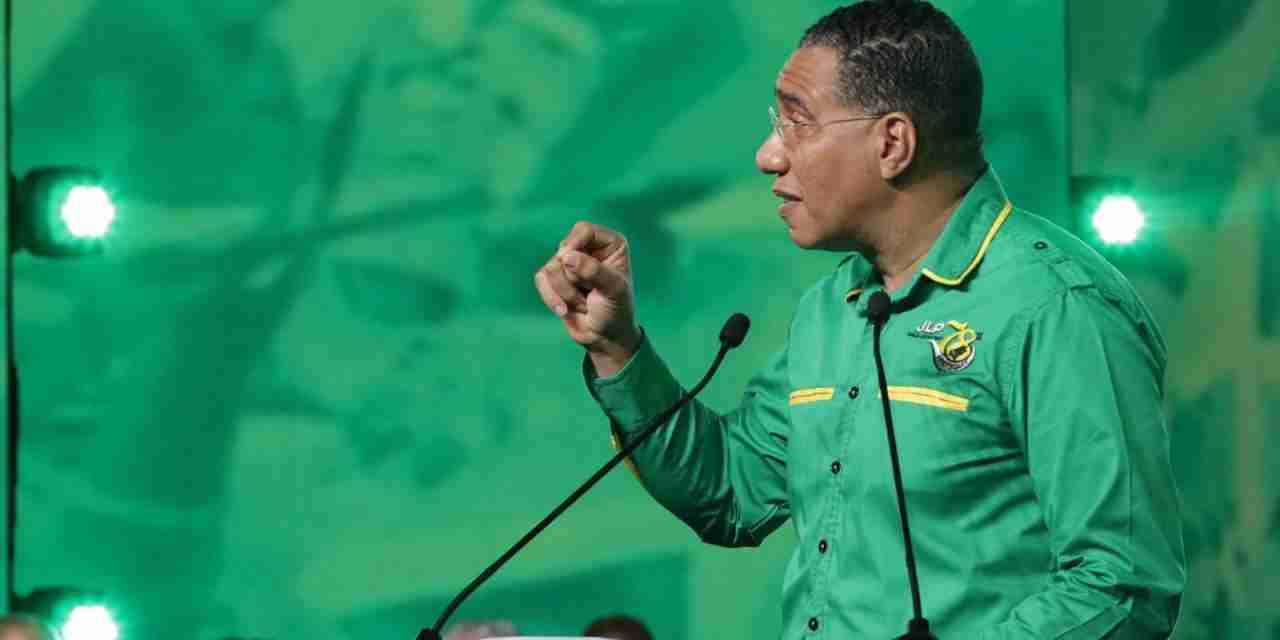 Prime Minister Andrew Holness says coming amendments to Jamaica’s gun laws will make it clear that possession of illegal firearms will not be tolerated.

The prime minister says harsher penalties are coming for those who are found with illegal firearms in their possession.

Mr. Holness says his personal exaggerated view is that consideration of punishment for those found in possession of illegal firearms, should begin at the death penalty.

But Mr. Holness says his personal hyperbolic view will not be reflected in coming amendment to Jamaica’s gun laws.

The prime minister and JLP leader made the comments at the JLP annual conference where he announced a raft of draft legislation to be brought before the Parliament early next year to help combat crime in the country.

The Prime Minister frankly disclosed what he described as his hyperbolic personal view on the issue of illegal possession of firearms.

He noted that this view will not be reflected in coming amendments to Jamaica’s gun law.

The prime minister noted that one of the issues facing the country is the ease of access to these firearms.

Mr. Holness says this fuels internecine gang warfare and contributes to the bloodshed in the country.

He says a slap on the wrist for such an offence is insufficient.

Firearms feature heavily in the country’s violence, accounting for the majority of murders.

Prime Minister Holness says there needs to be a concerted effort to disarm the country.

He says an individual should only be shown leniency in the courts for gun crimes if they provide information on how they came to possess the weapon.

Meanwhile, the prime minister says to address the culture of violence in the country, several pieces of legislation will be coming to the Parliament as early as January. Chief among them he says is the new Firearm Act.

Meanwhile, Prime Minister Holness called on his ministers to get the affairs of their statutory bodies in order.

Speaking at the 78th annual conference of the Jamaica Labour Party, he called on all ministers to revisit these entities.

The Holness administration has been hit in recent months with several scandals involving the governance of state agencies by public boards.

The latest involved the board of the bauxite alumina company, Clarendon Alumina Production Limited, CAP.

This saw the board dissolved and the agency transferred from the purview of Mining Minister Robert Montague to the Ministry of Finance.

The prime minister says several statutory bodies are using public funds, with little effect which is leading to confusion and resistance to new policy directions.

He says this frustration can lead to the sabotaging of government policy.

The prime minister says the moral authority of the leadership of the political class has been lost over the years to provide spoils to the electorate.