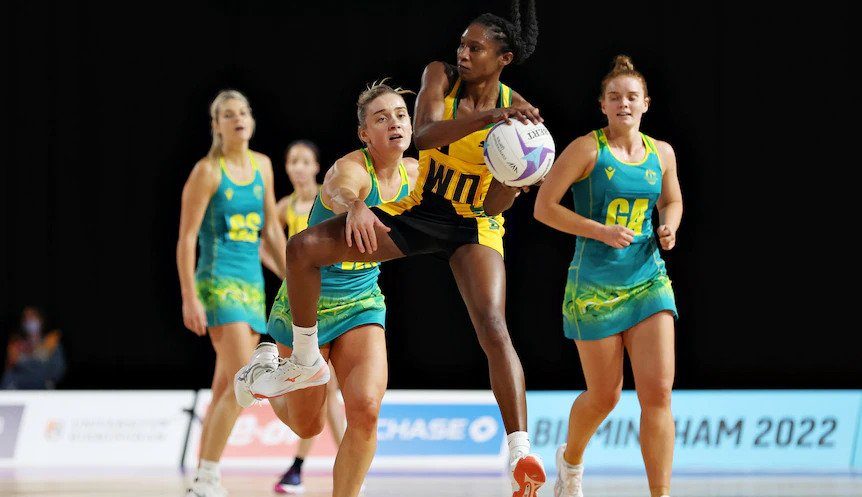 Captain of the Sunshine Girls, Jhaniele Fowler, says they’ll be basking in their two-point win over world number-1 Australia in their top of their pool “A”  table clash at the Commonwealth Games, today.

Both teams entered the match undefeated, but after a hard fought battle it was the Jamaicans who came out on top with a 57-55 win.

The two-point victory was Jamaica’s first over Australia in Commonwealth Games history.

Fowler says they’ll be taking the time to enjoy their achievement.

The Jamaicans will face England or New Zealand in the semi-final.

Fowler says today’s victory give the Sunshine Girls faith that they are capable of beating any team.

In track and field action, Elaine Thompson-Herah and Natalliah Whyte are both through to the semi-finals of the women’s 200 metre.

Meanwhile, six Jamaicans will be vying for medals in three events.

The men’s discus will feature Roje Stona and Travis Smikle.

And Shawn D Thompson will wear the National colours in the men’s long jump.