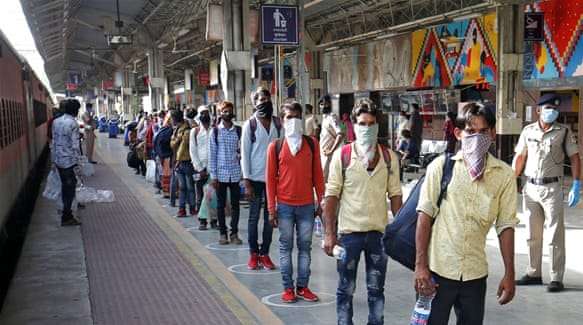 A total of 190 thousand Indians will be repatriated in the coming weeks from several countries, including those in the Middle East.

India has embarked on a “massive” operation calling on passenger jets and naval ships to bring back some of the hundreds of thousands of nationals stuck abroad due to coronavirus restrictions.

India banned all incoming international flights in late March as it imposed one of the world’s strictest virus lockdowns, leaving vast numbers of workers and students stranded.

In the first week, 14,800 Indians will be brought back from 12 countries such as the United States, Britain, the United Arab Emirates, Saudi Arabia, Qatar, Kuwait, Bangladesh, the Philippines, Singapore and Malaysia.

Three ships of the Indian Navy will bring back 1,000 Indian nationals from West Asia and the Maldives.