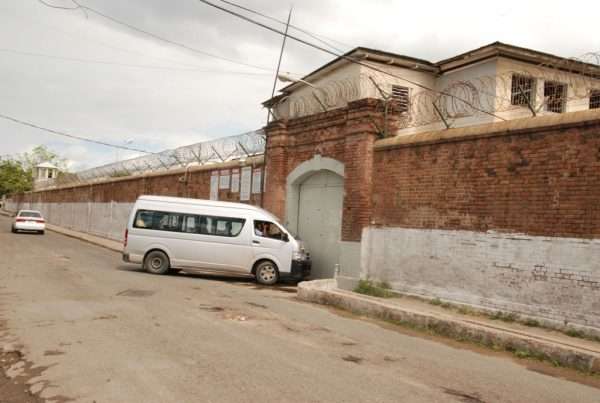 A Correctional Officer based at the St. Catherine Adult Correctional Centre has been stabbed by an inmate of the facility.

The incident happened this morning.

That’s according to preliminary reports from the Corporate Communications and PR Unit of the Department of Correctional Services, DCS.

The DCS says information received is that at about 9:45 this morning during the unlocking process an inmate stabbed the officer on duty.

It says Correctional Officers in the area of the facility intervened and subdued the inmate, securing the space while their colleague was rushed to the Spanish Town Hospital for medical attention.

Details regarding the officer’s condition and his identity are being withheld pending notification of next of kin.

The DCS  says investigations into the incident are underway, and an update will be provided when more information becomes available.