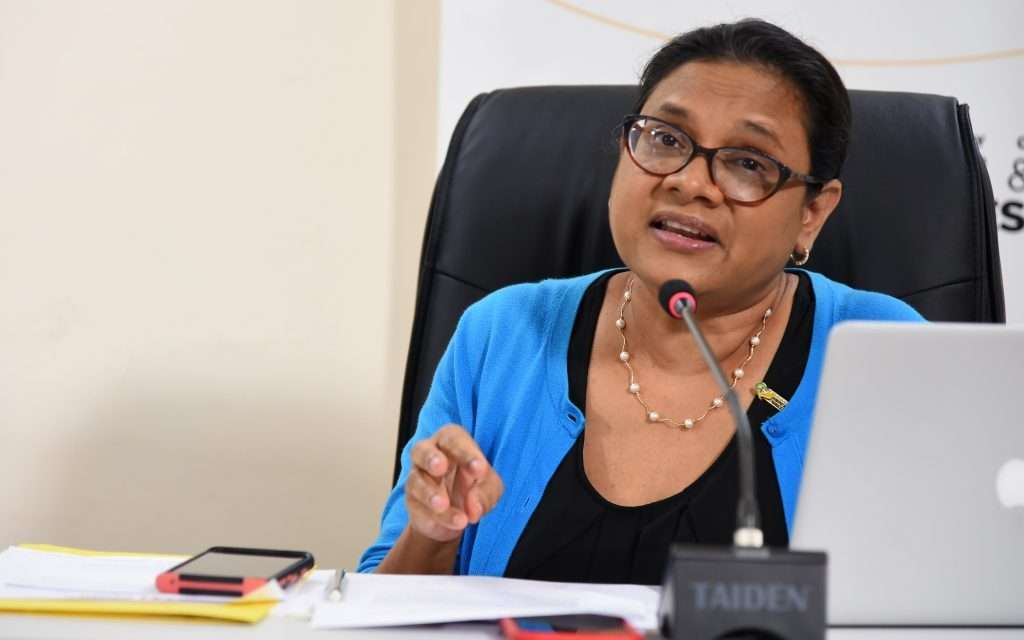 She says nearly all of the thousands of people who’ve died from the virus were unvaccinated.

With the health and wellness ministry recording the highest daily tally ofCovid-19 cases on Wednesday – 1,128 – concerns are heightened.

The CMO told a health and wellness ministry media briefing yesterday that Covid-19 cases are expected to spike even higher within the next few weeks.

She says that could also be accompanied by an increase inCovid-19 deaths.

And Dr Bisasor McKenzie says the rate of hospital bed occupancy could increase to 3,500, way above the 1,200 noted during the third wave of infections.

The CMO says the productivity rate has increased to 2.4 per cent.

She says the rate of children being hospitalized with the virus is also on the rise.

According to the CMO, the daily hospitalisation has jumped, starting at 250 at the beginning of the last seven day period and ending at 442.

And the rate of daily admission, started at 55 at the beginning of the seven day period ending at 66.

The CMO in imploring people to get inoculated, shared that 98 per cent of those who’ve died from the virus were unvaccinated.

In the meantime, Health and Wellness Minister Dr Christopher Tufton, says while he doesn’t anticipate the government implementing a vaccine mandate anytime soon, he believes a more strident approach is necessary to get more people inoculated.

Minister Tufton says the government is resolute in its efforts to use moral suasion to get more people vaccinated.

He says more institutions are likely to impose policies that require people to get vaccinated or test regularly.

The health minister is calling on people to frown on those who refuse to get vaccinated.