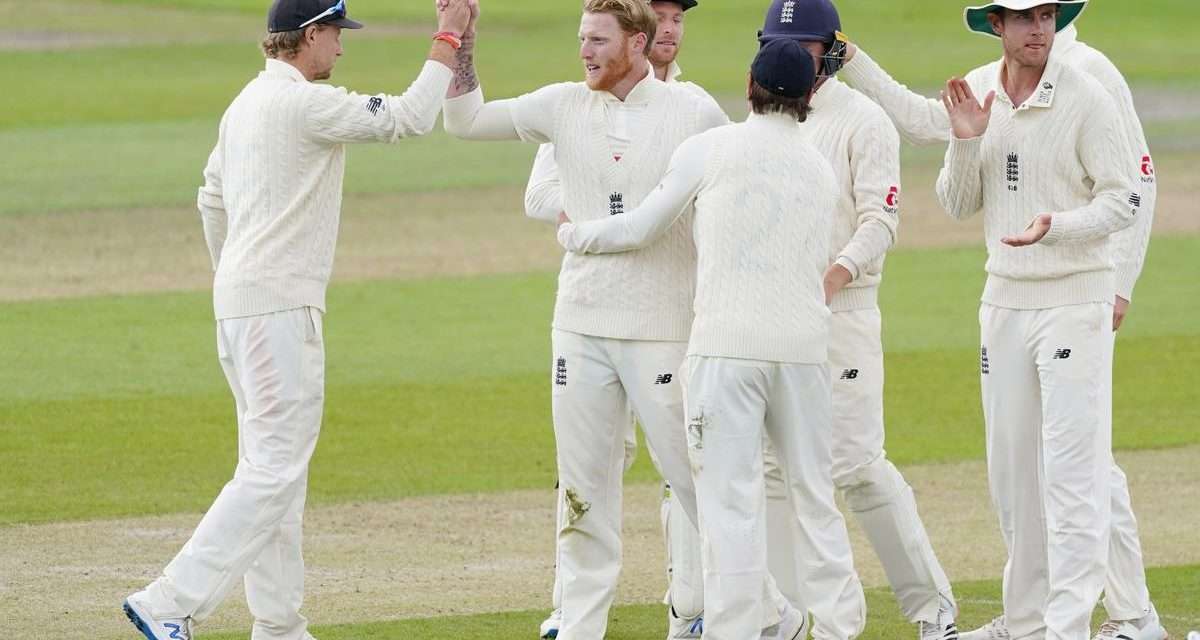 England bowled out West Indies for 198 in the final session on Day 5 to win the second Test by 113 runs and level the three-test series at 1-1 in Manchester, today.

England declared their second innings at 129 for 3 after Ben Stokes smashed 78 off 57 deliveries, setting the Windies a target of 312.

England pacers struck early to reduce the Caribbean side to 37 for 4 but were left frustrated when Shamarh Brooks and Jermaine Blackwood stitched together a 100-run partnership until Stokes dismissed Blackwood for 55.

Brooks’ resistance was ended by Sam Curran who trapped him leg before wicket for 62 while Dom Bess dismissed Jason Holder for 35.

Coach of the West Indies Phil Simmons, says he’s disappointed that the players weren’t more disciplined with the bat.

Despite England’s three changes to their squad, Simmons maintain that they made the right decision in keeping the same side that defeated the hosts be 4-wickets in the first test.

The third and final test begins on Friday morning Caribbean time and England must win the game to reclaim the Wisden trophy.