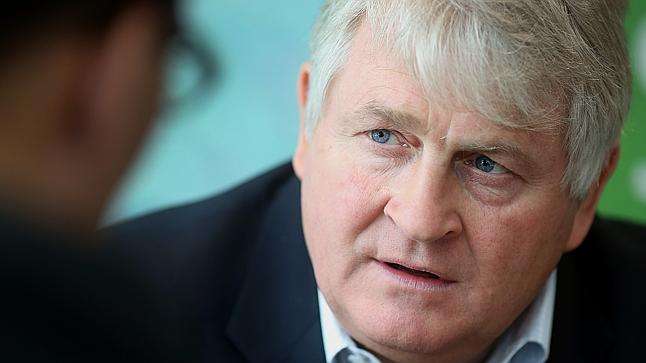 The Executive Chairman of Digicel, Denis O’Brien, is calling on Caribbean regulators to insist that Cable and Wireless Communications and Columbus International sell assets as a condition of their merger being approved.

This conditionality has echoes of anti-trust laws in the United States and Europe, which restrict mergers and acquisitions that could substantially lessen competition.

Such laws have been used to keep tech giants Microsoft and Google from getting too big and virtually monopolizing the industry.

Mr. O’Brien was speaking yesterday at the opening of a forum by the Caribbean Telecommunications Union in Trinidad and Tobago.

Denis O’Brien is calling for “the big D”.

And by that he means divestiture.

He says regulators should insist that these duplicate assets are sold in order to preserve competition.

However, he says the assets don’t necessarily need to be sold to Digicel, but to some third party.

He says this is the only answer and the only effective solution.

While O’Brien was careful to clarify that he was not saying the acquisition could not happen, he said regulators need to ensure proper safeguards are put in place to prevent what he said would be the industry’s slide back into the dark days of monopoly.

He argued the move could push the region right back to the 1980s or 90s.

Mr. O’Brien is also urging regulators not to rush to comply with CWC’s self imposed timeline of completing the deal by the end of March next year.

The Digicel boss is maintaining that the proposed merger will lead to very substantial lessening of competition in at least six markets, including Jamaica.

He said the proposed deal will lead to an almost complete stranglehold on submarine fibre/ international connectivity right across the Caribbean.