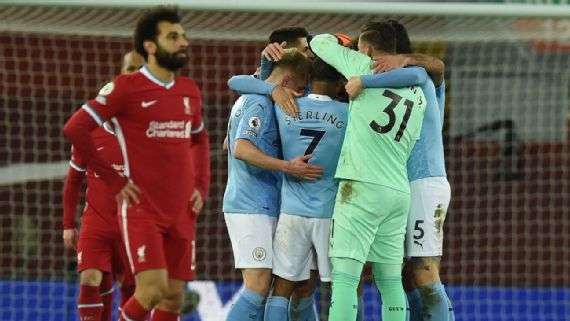 A win for the hosts will move them up one place to 10th while a win for Palace mover them up two places to 11th.

Meanwhile, Manchester city beat Liverpool 4-1 in their Premier League clash at Anfield to go five points clear at the top of the table, yesterday

Jurgen Klopp’s side had some good chances in the first-half, with both Sadio Mane and Roberto Firmino having efforts on goal.

However, the biggest chance of the half came after Fabinho brought down Raheem Sterling in the penalty area to give away a penalty.

Gundogan could not make it count and the first-half ended goalless.

Just four minutes into the second-half, Gundogan made up for his miss as he gave City the lead.

Salah then put Liverpool level from the penalty spot after he was brought down by Ruben Dias.

Any chance of Liverpool going on to take the lead went up in flames when two separate errors from Alisson allowed Gundogan and Raheem Sterling to score, making it 3-1.

In other results, Tottenham beat West Brom 2-0, while Wolverhampton and Leicester City drew 0-0.