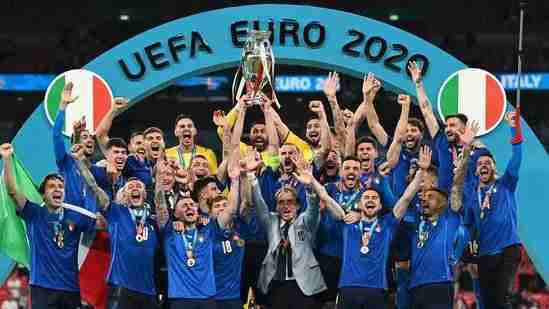 Euro 2020 was watched by a cumulative audience of more than five billion viewers, according to figures from the organisers, UEFA.

The tournament, held across eleven cities, including London, in June and July attracted an average of 100 million viewers for each game, the governing body said.

And the final, which England lost on penalties to Italy at Wembley Stadium on July 11, was watched by an audience of 328 million.

The impact of the tournament on social media was also significant, with football authorities and broadcasters exploring ways to engage younger audiences.

Euro 2020 was the ‘most engaged’ European Championships so far, with 7.5 billion interactions and views, of which two billion were generated by official UEFA accounts.