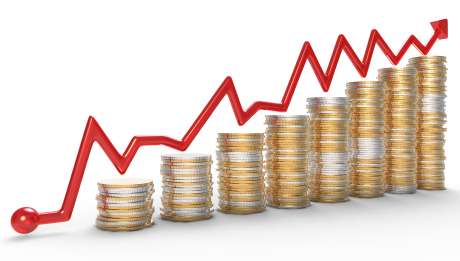 Chartered accountant and financial analyst, Dennis Chung, is urging the country to brace for another round of price increases as the United States central bank, The Federal Reserve, today hiked its interest rate by the highest amount in over two decades.

The US Federal Reserve announced the move on Wednesday afternoon.

Chung says this means inflationary pressures being faced around the world are going to escalate.

The US Federal Reserve has tripled its interest rate, moving it from 0.25 per cent to 0.75. The 50 basis point move is the largest adjustment by the US Central Bank in 22 years.

The Fed is growing increasingly concerned as prices continue to climb at their fastest pace in a generation in America.

Chung says this means the world clearly has a serious problem on its hands.

The chartered accountant believes the United States is a bit late to the party and should’ve acted much sooner to tame surging prices.

The Bank of Jamaica has similarly over the past six months hiked interest rates in its own struggle with soaring inflation.

The US Federal Reserve has signalled its intention to continue hiking rates in order to stabilise prices.

Chung believes locally there’ll have to be further actions taken by the Bank of Jamaica. He’s calling for urgent action on fuel, one of the nation’s largest and unavoidable imports.

He also says the country needs to address crime as a matter of urgency, because it continues to stifle the nation’s productivity.

Meanwhile, US stock markets have rallied on the announcement by the US Central Bank.

The Dow Jones Industrial Average improved by nearly three per cent closing at its highest point in two years.

The S and P 500 also rose by three per cent, while the Nasdaq Composite added 3.2 per cent.

There’s some growing confidence the Federal Reserve will be able to raise rates without triggering a much feared recession.

Market’s which have largely anticipated the decision by the central bank are also relieved that the hike was not as severe as previously expected.

The move will also see US treasury notes as a more worth while investment.

However, this could have a negative impact on local currency holdings which will become less attractive than their US counterpart.