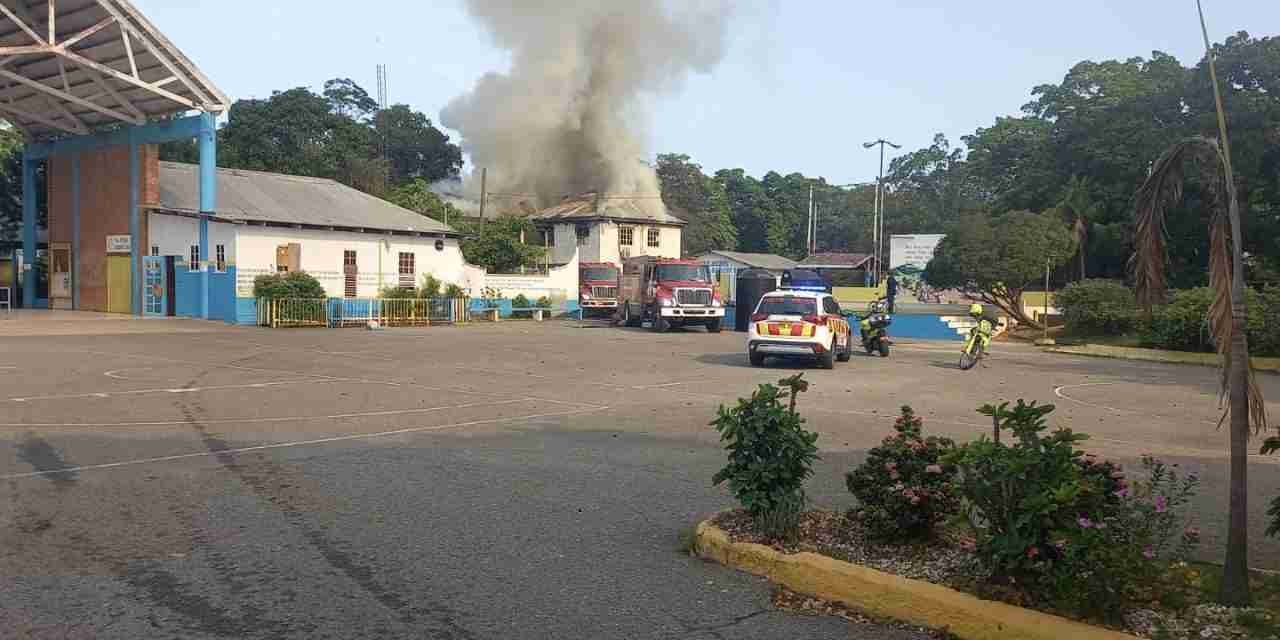 Members of the Jamaica Fire Brigade are still on the scene of a fire at the Hydel high school.

A fire broke out just after 7:00 at the institution this morning.

The fire reportedly began in the school’s main office.

Firefighters from the St. Catherine Fire Department were the first responders.

They’re being supported by Firefighters from the York Park fire station who got the call for support at about 7:58 this morning.

The fire reportedly started while students were preparing to write their C-SEC exams.

On social media, several videos and pictures of the blaze have been circulating.

In many of the images thick smoke can be seen coming from the campus.